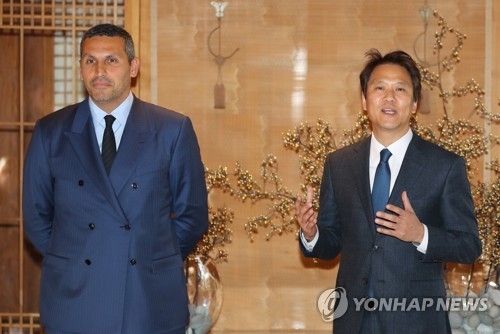 An official from the presidential office Cheong Wa Dae earlier said Al Mubarak was returning a trip by Im on Dec. 10 to Abu Dhabi where he paid a visit to the Crown Prince.