Hyundai Motor introduced the NEXO packed with a more comprehensive range of new driver assistance technologies in its latest effort to compete against fuel cell rivals, such as Toyota Motor Corp.'s Mirai and Honda Motor Co.'s Clarity Fuel Cell, the company said in a statement.

The NEXO is one of 18 eco-friendly models Hyundai Motor will introduce into global markets by 2025, having already kicked off with the Ioniq line of hybrid and plug-in models. 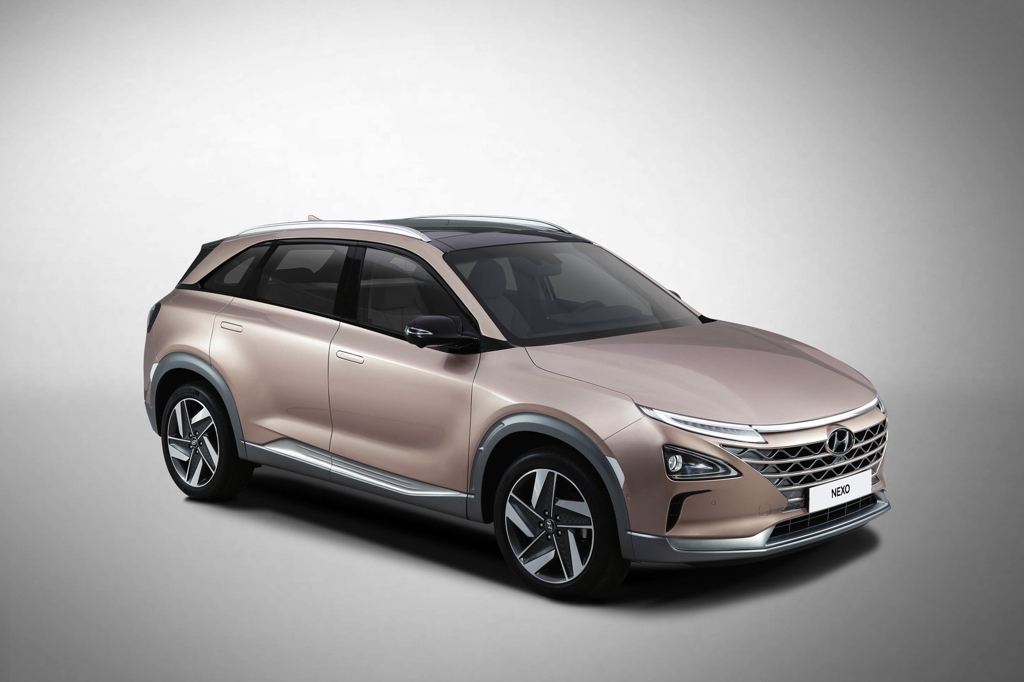 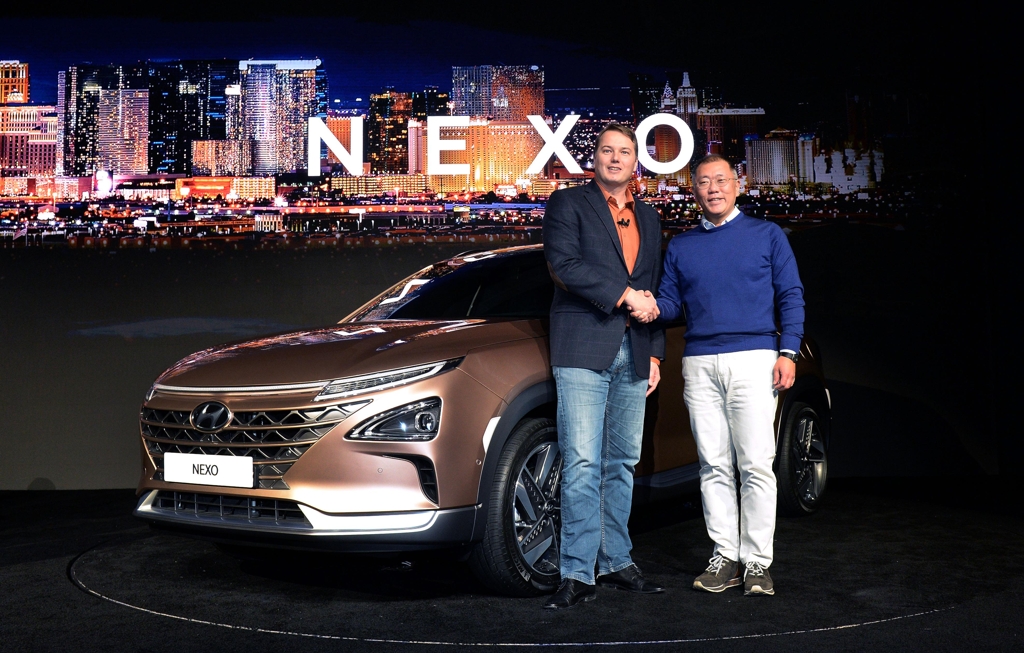 "Hydrogen energy is the key to building a more sustainable society. Hyundai Motor Company has already taken a lead in hydrogen technology with the introduction of Tucson fuel cells," Hyundai Motor Vice Chairman Yang Woong-chul said in the statement.

"As another part of this Earth-saving effort, I am so proud to introduce to you our second-generation fuel cell electric vehicle, which is the culmination of all (our) cutting-edge technologies."

Hyundai plans to start selling the NEXO in the domestic market in March and export it in select markets this year. The emissions-free vehicle has an estimated driving range of more than 590 kilometers (370 miles) on a five-minute fill-up.

The NEXO is equipped with the Advanced Driver Assistance Systems (ADAS) and a set of driver assistance technologies such as the Remote Smart Parking Assistant, the Lane Following System and the Highway Driving Assistant.

The remote smart parking assist system enables the NEXO to autonomously park itself and get out of a parking space with or without a driver in the car, the statement said. Companies such as BMW and Tesla have introduced similar technology.

The ADAS allows Level 2 autonomous driving, with the vehicle controlling both the steering and acceleration/deceleration, but the driver has to be in charge of changing lanes, exiting motorways, making turns and such.

There are six levels of autonomous driving from Level 0 in which the driver is fully in charge of all aspects of the driving tasks to Level 5 in which a vehicle is operated full time by an automated driving system.

Asked about the future demand of hydrogen fuel cell electric cars, Chung said the demand for electric and hydrogen-powered electric cars is not growing fast for now, but it will grow big within the next 20 years, according to a company spokesman.

Meanwhile, Hyundai Motor on Monday night (U.S. time) announced its partnership with Aurora Innovation, a U.S. self-driving car startup, to commercialize the Level 4 driverless car technologies that can be operated in a smart city by 2021.

The NEXO will be used in Aurora test programs after being installed with an autonomous driving platform. Aurora is made up of autonomous vehicle engineers from Google, Tesla and Uber.