SEOUL, Jan. 9 (Yonhap) -- The Korean historical drama "1987: When the Day Comes" has claimed the top spot in South Korean theaters, ending the three-week reign of "Along With the Gods: The Two Worlds" at the top of the box office.

The film about historic nationwide protests against the repressive military regime in June 1987 sold 179,815 tickets Monday, rising to the top of the daily box-office chart for the first time since its release on Dec. 27. It has so far drawn 4.26 million views.

"Along With the Gods" slid to second place but held strong with 174,224 views, giving it a cumulative total of 11.67 million in South Korean theaters. 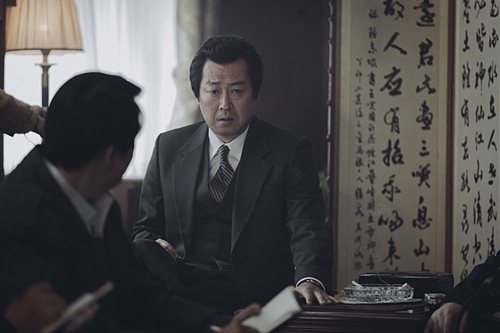 Based on a popular webtoon of the same title, the fantasy blockbuster directed by Kim Yong-hwa tells the story of a righteous firefighter who is judged in seven hells for 49 days after his death, guided by three grim reapers. It stars Ha Jung-woo, Cha Tae-hyun, Ju Ji-hoon and Kim Hyang-gi.

On Thursday, the movie is scheduled to open in 51 out of 53 theaters in Hong Kong, the widest release for a Korean film.

It already opened at second place in Vietnam, and third in Thailand and Indonesia.

The film's popularity in Asian countries is expected to continue, as it is also set to open in Singapore, Malaysia, Laos and Cambodia this week, and Myanmar and the Philippines later this month. 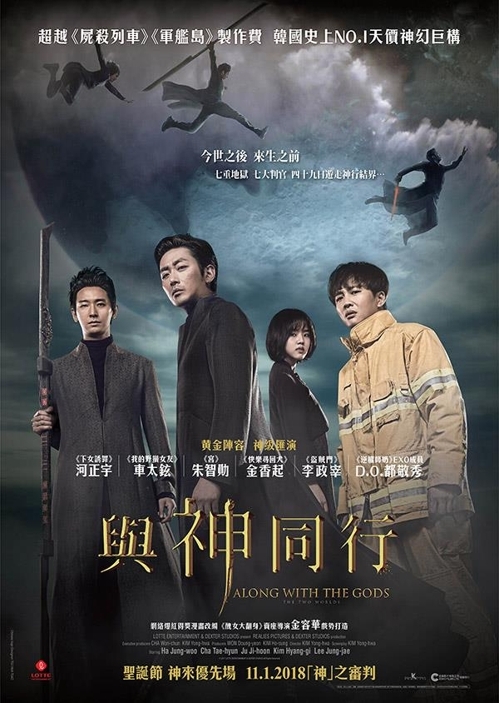