SEOUL, Jan. 9 (Yonhap) -- The South Korean government bestowed a medal Tuesday on Rear Adm. Brad Cooper, the outgoing commander of the U.S. Naval Forces Korea, for his contribution to the alliance.

Adm. Um Hyun-seong, South Korea's chief of naval operations, awarded him the Cheonsu Medal, the third-highest class in the Order of National Security Merit, on behalf of the government, according to the South Korean Navy.

Cooper is leaving Korea this week after a 16-month stint. He has served as the U.S. Navy's top representative here, playing an active role in policy coordination and joint programs between the allies, said the Navy.

Under his command, the troops successfully took root in their new headquarters in Busan, a southern port city, where South Korea's Fleet Command is located.

The unit's presence on the peninsula dates back to 1957, when it was created to support the mission of the UNC and advise the organization, training, administration and readiness of the South Korean naval forces. 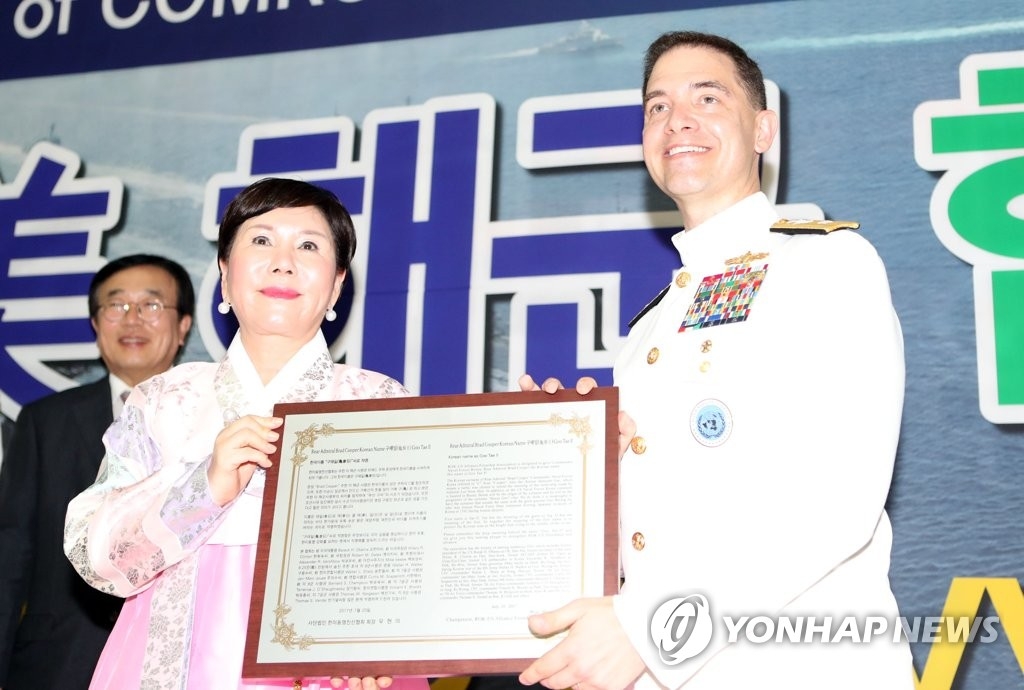 In 2016, its headquarters was relocated to Busan from Yongsan Garrison in central Seoul.

The U.S. Naval Forces Korea received the Presidential Unit Citation (PUC), which is the highest unit-level award given by the South Korean government, last September.

He will be replaced by Rear Adm. Michael Boyle, formerly director for international engagement for the Chief of Naval Office, at a change of command ceremony slated for Thursday.