SEOUL, Jan. 9 (Yonhap) -- A vast majority of salaried people want to spend money on self development this year, a survey showed Tuesday.

About 87.5 percent of respondents said they had plans for self enrichment, according to Hunet, a career education institute. The findings were based on a survey of 872 workers.

About 71.7 percent said they wanted to invest in improving their business competence, while 45.6 percent intended to enhance their knowledge of liberal arts.

The average amount of money those questioned wanted to spend every month on self enrichment was 111,000 won (US$103).

Losing weight and quitting smoking were on the most common goals for the year, with 21.2 percent of respondents answering that they wanted to achieve these goals.

Higher salaries and promotions came in second at 16.5 percent.

Making money came in fourth, followed by getting certificates and licenses. Launching one's own business and seeking other jobs, buying homes, and getting married or having children were things people wanted to achieve this year, the findings showed. 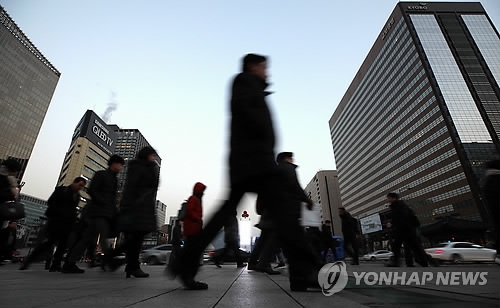 Majority of salaried people want to invest in self development this year: survey

Majority of salaried people want to invest in self development this year: survey