The photo, taken on Nov. 30, 2017, by DigitalGlobe, also displays the moves of vehicles and people that were unseen before, clear signs of the North's unauthorized use of the complex, Voice of America said. DigitalGlobe is an American commercial space imagery vendor.

In February 2016, the South Korean government shut down the industrial park in response to the North's fourth nuclear and long-range missile tests. The North, in turn, banished all South Koreans there. Launched in 2004, the factory park is a combination of 124 South Korean companies and 54,000 North Korean workers. 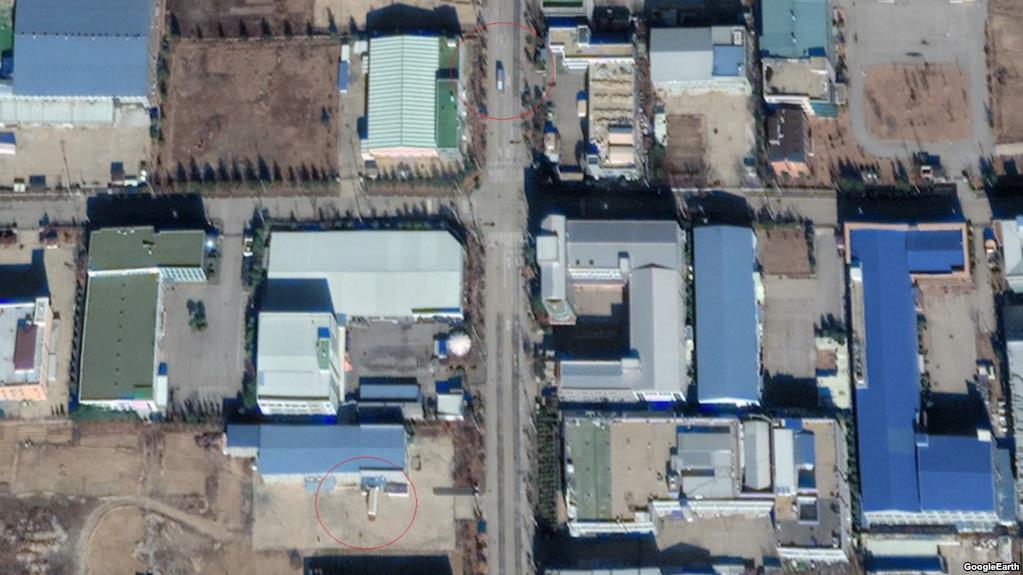 According to the photo, a 13-meter-long truck was parked in front of a factory located at the center of the complex. The truck is believed to be used in loading or unloading goods as its location leads to a passage to the inside of the factory, the broadcaster said.

A small object and its shadow that is believed to be a human was detected nearby the truck, the broadcaster said.

Another 5-meter-long white vehicle is also seen at a vacant lot about 10 meters from the factory, it added.

Items that had been stacked here and there inside the complex were moved, and objects that were presumed to be trash heaps disappeared.

A blue bus that was used in the complex was spotted on a main road some 200 meters northeast from the factory, according to the broadcaster.

The North cannot use all the vehicles inside the complex as they belong to South Korea, and the North's use of the vehicles without a permit is a violation of South Korean businesses' property rights.
(END)