SEOUL, Jan. 9 (Yonhap) --The International Paralympic Committee (IPC) has said it is sanguine about North Korea's participation in the upcoming PyeongChang Paralympics and will consider a wild card for North Korean athletes if they fail to acquire qualification to join, a U.S broadcaster reported Tuesday.

The Paralympic governing body is positive about the North's first attendance at the Winter Paralympics and is eager for it, Voice of America said, citing an email from IPC media director Craig Spence.

To that end, the IPC has cooperated with the North's national committee over past months, Spence said, adding that it is consulting with the North over its Nordic skiers' participation in particular.

For the North's presence, the IPC will surely study ways to bestow a wild card on North Korean athletes if and when they fail to get a qualification, he said.

The North has never joined the Winter Paralympics, although it took part in the Summer Paralympics in London in 2012 and in Rio de Janeiro in 2016.

Spence said he believes the North's participation will send a strong message about the improvement of peace through sports.

Asked whether the committee intends to provide equipment or expenses to the North, the IPC official replied that the North has not requested them, the broadcaster said.

The 2018 Winter Paralympics will be held in the South Korean alpine town of PyeongChang for 10 days beginning March 9. 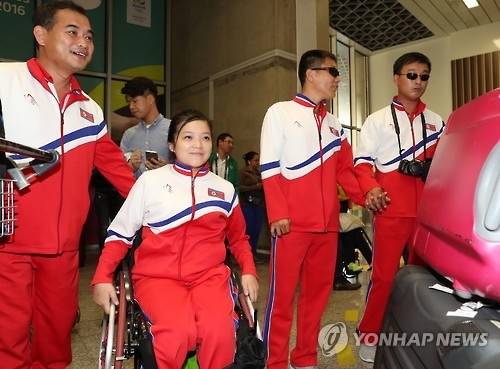