SEOUL, Jan. 9 (Yonhap) -- Prosecutors carried out a search warrant on key affiliates of South Korean housing business giant Booyoung Group on Tuesday as part of a probe into suspected tax evasion and embezzlement by its chief.

Investigators from the Seoul Central District Prosecutors' Office raided the headquarters of Booyoung Housing and other units in central Seoul to confiscate evidence, the office said.

The raid comes as part of an ongoing investigation into allegations that its chairman and chief executive Lee Joong-keun, 77, dodged taxes and embezzled funds worth billions of won.

The National Tax Service filed a complaint in April last year, asking the prosecution to dig into Lee's alleged crimes based on the conclusion of its own probe into Booyoung and the chief.

Lee has also been reported by the state anti-trust watchdog to the prosecution for allegedly falsifying ownership details of a company to hide the fact that it was actually run by one of his relatives.

Prosecutors are expected to question Lee as soon as they finish analyzing the seized evidence.

Booyoung is the 16th-largest conglomerate in the country whose businesses primarily center on apartment construction and leisure facilities. As of end-2017, it had some 22 trillion won (US$26.2 billion) in assets. 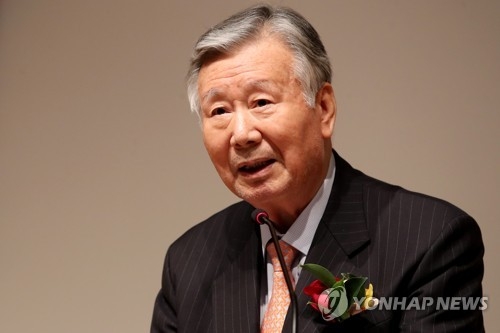