SEOUL, Jan. 9 (Yonhap) -- A state-run trade promotion agency Tuesday urged South Korean enterprises to actively make inroads into Southeast Asia, India, Latin America and the Commonwealth of Independent States in order to reduce their reliance on the world's two biggest economies, and cope with growing protectionism around the world.

In a seminar in southern Seoul attended by heads of scores of foreign branches of the Korea Trade-Investment Promotion Agency (KOTRA), the participants called on South Korean firms to seek mergers and acquisitions of foreign companies and build factories there to effectively overcome rising protectionism.

"We will also have to pursue the strategy of 'make with' rather than 'make in' by moving away from shipping end products to creating joint ventures and enhancing technology cooperation with local companies," the agency said.

KOTRA expected South Korea's exports of intermediate goods to China will likely drop this year due to the expected modest growth of 6.5 percent in the world's second biggest economy despite Beijing's lifting of economic sanctions on South Korea.

KOTRA predicted 5.2 percent and 7.4 percent growth rates for the Association of Southeast Asian Nations (ASEAN) and India each this year due to the expanded middle class and urbanization there.

South Korean firms will have to make the most of the South Korea-ASEAN Free Trade Agreement to enhance their price competitiveness.

It forecast Russia and the CIS will also witness a solid economic growth this year.

"We need to make a tailored approach to deal with such markets which have expanded by 15 percent annually," the agency said. 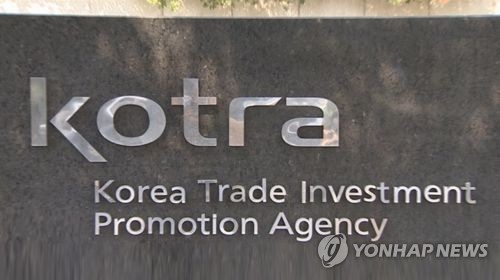