SEOUL, Jan. 9 (Yonhap) -- The management firm that represents actors Gong Yoo and Jung Yu-mi on Tuesday denied a rumor that the two are in a relationship and are going to marry soon.

"The rumor related to the two actors that has recently been circulating on various online communities and social media is clearly false," Management Soop, the agency that represents both actors, said in a statement. "From now on, we will respond strongly to any circulation or reproduction of that rumor."

The company also vowed to seek criminal investigation into slanderous online postings related to the actors.

Gong and Jung appeared together in the 2011 film "Silenced", and "Train to Busan" in 2016. Since then, they have been the subject of dating rumors. Most recently, a rumor was spread online that they have plans to get married. 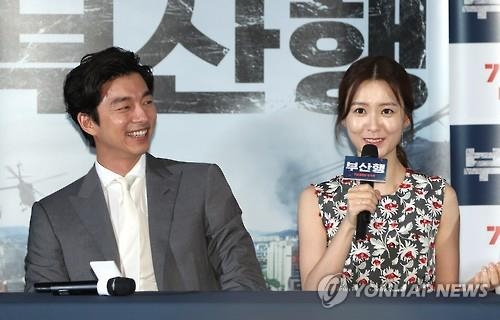