SEOUL, Jan. 9 (Yonhap) -- Nearly two out of 10 single South Koreans prefer not to have children after marriage, a survey showed Tuesday, a stance that bodes ill for Asia's fourth-largest economy that has suffered from chronic low birth rates for more than a decade.

According to the survey by local matchmaking firm Duo, 18.8 percent of respondents said they will not have children after getting married. The poll was conducted on 1,000 unmarried South Koreans -- 511 female, 489 male -- aged 25 to 39 from Nov. 6-20.

Women were less willing to have children than men, with 22.9 percent saying they will not have children, compared to the figure for men which stood at 14.5, the survey showed.

Meanwhile, 59.7 percent of the respondents said they hope to have children within two years after tying the knot, the data showed.

South Korea's total fertility rate -- the average number of children a woman bears in her lifetime -- stood at 1.17 in 2016, much lower than the replacement level of 2.1 that would keep South Korea's population of 51 million stable.

South Korea has spent 100 trillion won (US$93 billion) over the past decade to tackle the low birth rate, though no significant progress has been made yet. 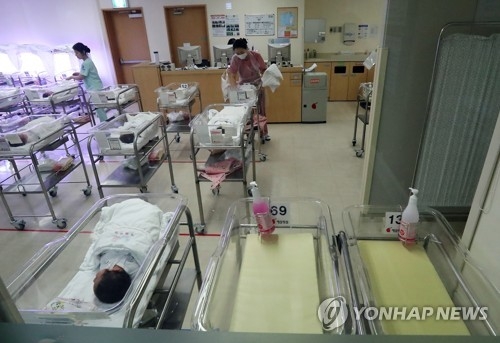 2 out of 10 singles prefer not to have children: survey

2 out of 10 singles prefer not to have children: survey