SEOUL, Jan. 9 (Yonhap) -- The CEO of refinery giant S-Oil Corp. said Tuesday that the expansion of electric vehicles is only a matter of time, underscoring concern that the spread of zero-emission cars could undermine the refinery's profit growth.

South Korean and other global carmakers have been racing to go electric amid tightened regulations around the world on emissions of greenhouse gases that scientists say are to blame for global warming.

"Tightening environmental regulations around the world and technological innovation related to EVs are posing threats to us," Othman Al-Ghamdi said. "The expansion of EVs is only a matter of time, and the direction of change is almost certain." 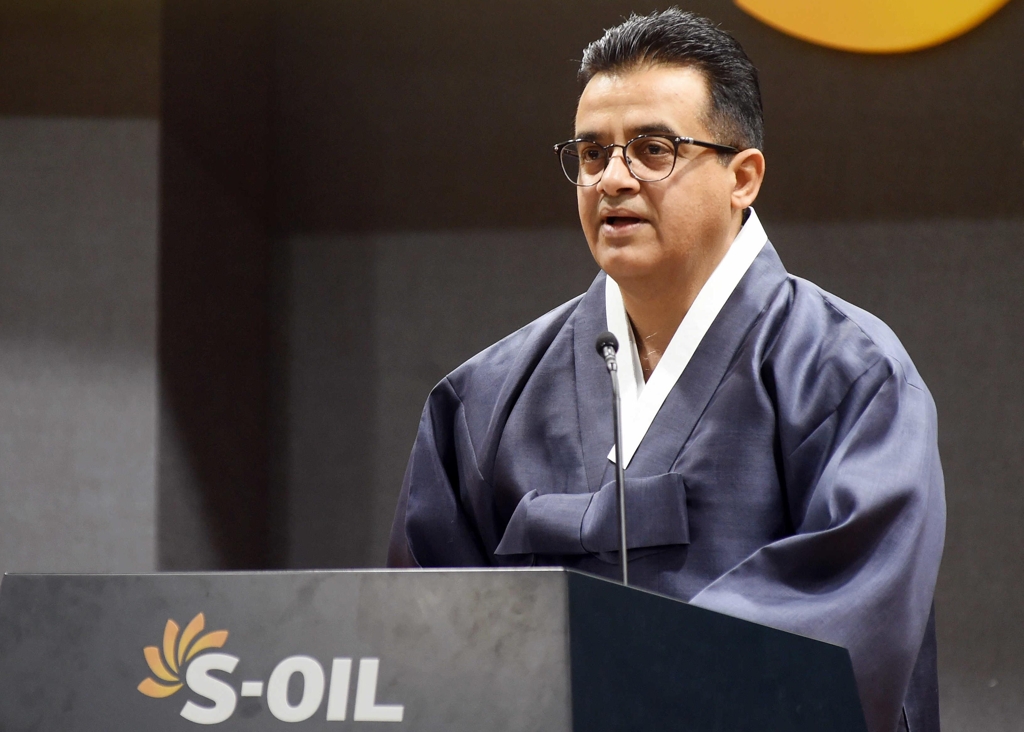 Hyundai Motor Co. and its affiliate Kia Motors Corp. are planning to increase the number of all-electric vehicles to 14 by 2025 from the current two models, Hyundai's Ioniq EV and Kia's Soul EV.

Hyundai Motor has also said it will continue to focus on hydrogen fuel cell cars in addition to electric cars going forward. A fuel cell car emits only water vapor as it converts stored hydrogen into electricity, which turns the vehicle's motor.

He also said S-Oil can reach mechanical completion of the construction of residue upgrading complex and olefin downstream complex (ODC) in April.

The project worth 4.8 trillion won (US$4.4 billion) is designed to convert low-value residue to high-value products: gasoline and olefine downstream product. It can also make propylene oxide which is the basic raw material of polyurethane that goes in the interior material of automobiles, electronic products, and insulators.

"The completion of the RUC/ODC Project will enhance our competitiveness to a remarkable extent and build a more stable profit structure. In addition, we can expand our business domain onto high-growth-potential olefin business, setting a foundation for sustainable growth," Al-Ghamdi said.