SEOUL, Jan. 9 (Yonhap) -- Prosecutors on Tuesday cleared a former presidential aide of leaking the classified transcript of a 2007 inter-Korean summit, which sparked a political dispute in 2012 over whether late President Roh Moo-hyun conceded to the North over the de facto maritime border in the Yellow Sea.

The Seoul Central District Prosecutors' Office said it will not charge Kim Tae-hyo, a former senior secretary to then-President Lee Myung-bak, due to a lack of evidence.

Kim, 51, has been accused of divulging part of the controversial transcript of the talks between Roh and the North Korean leader at the time, Kim Jong-il. The extracted file allegedly contained Roh's remarks suggesting he sympathized with the North's rejection of the Northern Limit Line (NLL), which was drawn by the U.N. commander after the end of the Korean War in 1953.

It later turned out that Roh never directly mentioned the NLL during the talks.

"We strongly suspect Lee was involved in the illegal disclosure, but there was not enough evidence to bring charges against him," an official said.

The document was first revealed to the public by a conservative lawmaker during a campaign speech ahead of the 2012 presidential election.

Prosecutors began to investigate Kim late last year following a complaint filed by an internal reform committee of the National Intelligence Service (NIS), raising suspicions that a high-level official at the presidential office Cheong Wa Dae purposely leaked the document to the parliament.

A number of top government officials and lawmakers at the time underwent questioning when the prosecution launched the initial probe in 2014. But most of them were cleared of the charges. 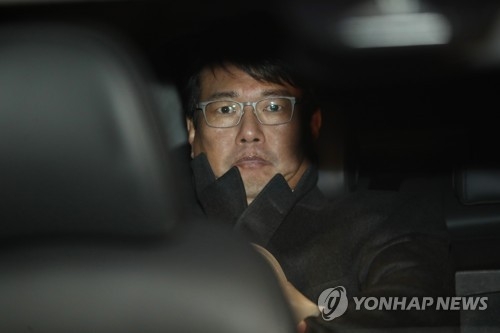