The seven-member act held a media showcase for its fifth EP, "Secret Garden," at Shinsegae Mesa Hall in central Seoul, previewing five songs from the EP before its release at 6 p.m.

Like many of today's girl groups, Oh My Girl has mostly adopted the innocent, wide-eyed schoolgirl concept in its music and image since debuting in April of 2015. This time, the ladies said they have touched on themes related to the pursuit of dreams and aspirations. 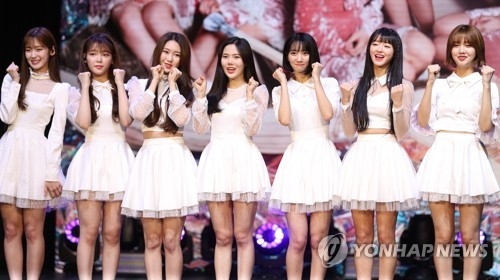 "This time, we sang about our own dreams through the song 'Secret Garden.' It was an opportunity to ponder hopes that I hold within," member Seunghee said, explaining the theme of the group's new mid-tempo lead dance track.

The EP was produced by a team of international producers. "Secret Garden" was co-written by American producers Steven Lee and Sean Alexander and Japan's Mayu Wakisaka.

"Secret Garden" is Oh My Girl's first release in since its last EP, "Coloring Book," in April of 2017. It's also the band's first release since the departure of member JinE, who left the group due to health problems.

"There has been pressure, since it's our first release since being reorganized into seven members. We worked extra hard to make up for the vacant spot (from JinE's departure)," Seunghee said.

Member Jiho, meanwhile, appeared on stage limping, after having injured herself while practicing choreography for the team's comeback. "I injured myself after trying too hard during practice. I'll return to dancing on stage after making a swift recovery," she said. 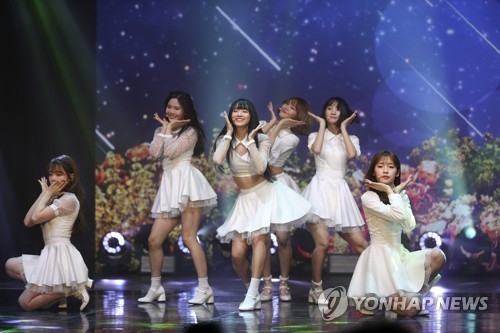