SEOUL, Jan. 10 (Yonhap) -- The World Bank has raised the global economic growth outlook for this year by 0.2 percentage point from six months earlier, citing a recovery in investment in the United States and other advanced economies and a rebound in commodity exports.

The global economy is forecast to grow 3.1 percent this year, the World Bank said in a report titled "Global Economic Prospects" that was released Tuesday, up from the 2.9 percent growth forecast from June last year.

"The World Bank forecasts global economic growth to edge up to 3.1 percent in 2018 after a much stronger than expected 2017, as the recovery in investment, manufacturing and trade continues," the report said.

"Growth in advanced economies is expected to moderate slightly to 2.2 percent in 2018, as central banks gradually remove their post-crisis accommodation and the upturn in investment growth stabilizes," the report said. "Growth in emerging market and developing economies as a whole is projected to strengthen to 4.5 percent in 2018, as activity in commodity exporters continues to recover amid firming prices."

The latest report expected global growth "to be sustained over the next couple of years -- and even accelerate somewhat in emerging market and developing economies (EMDEs) thanks to a rebound in commodity exporters."

The overall global outlook, however, is still subject to "substantial downside risks, including the possibility of financial stress, increased protectionism, and rising geopolitical tensions," the assessment pointed out.

The report proposed that both advanced and emerging economies "should now turn to the structural policies needed to boost longer-term productivity and living standards," saying, "With output gaps closing or closed in many countries, supporting aggregate demand with the use of cyclical policies is becoming less of a priority." 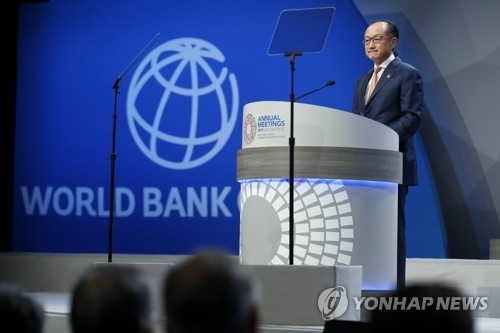