SEOUL, Jan. 10 (Yonhap) -- South Korea's financial regulators have inspected banks that have opened virtual accounts for corporate customers amid concerns that such accounts could be exploited as a loophole to attract new investors for cryptocurrencies, an official said Wednesday.

Regulators have banned banks from offering virtual accounts, which are needed to sell or buy cryptocurrrencies, to individual customers, in the latest measure to help prevent speculative investment for virtual coins.

The problem is that cryptocurrency exchanges have used such accounts to lure new investors for virtual coins at a time when virtual bank accounts for individual customers are banned.

"Such accounts have a high possibility of an accident," the official at the financial authorities said. 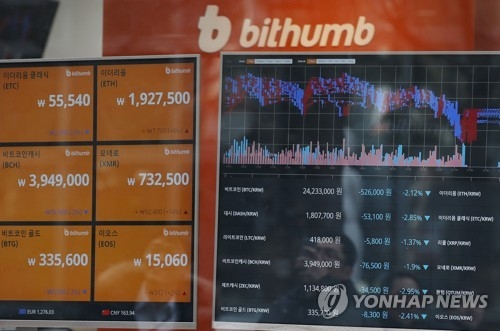