SEOUL, Jan. 10 (Yonhap) -- The Dutch government has intercepted a shipment of generators destined for North Korea in accordance with U.N. resolutions over its nuclear and missile programs, a U.S. broadcaster reported Wednesday.

In a Dec. 12 report on its implementation of Resolutions 2371 and 2375 to the U.N. Security Council, the Netherlands said the interception was made after it received information from a European Union member nation that a Dutch company was involved in the shipment of the generators to the North, Voice of America said.

The Dutch customs authorities immediately investigated the company and found out that the equipment had been shipped a few days before the information was received, the report said.

The authorities traced the vessel's route and contacted the customs authorities at the first port of call, with the generators finally retrieved.

The Dutch company was found to have made the deal with a North Korean national living in Europe, who had told the exporter that he was a Chinese citizen. It also turned out that the shipment was his third consignment.

All three consignments were ultimately destined for a trading company in the North but were shipped to and through Chinese companies, mainly logistics service providers, in China, according to the report.

But the Dutch exporter was not aware of the final destination, the report added.

Resolutions 2371 and 2375 were adopted in August and September in the wake of the North's ICBM test and sixth nuclear test, respectively. 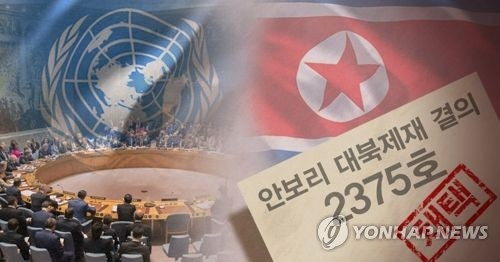