SEOUL, Jan. 10 (Yonhap) -- South Korea's unification ministry on Wednesday expressed hope that the two Koreas could hold working-level talks on the North's participation in the PyeongChang Winter Games as early as this week.

North Korea agreed Tuesday to send a delegation of ranking officials, athletes, cheerleaders, performing artists, taekwondo demonstration teams and others to the games, which will be held in the South next month. Details about a travel route will be decided at a working-level meeting.

"We are always open to talks. We plan to consult with North Korea as soon as possible if both sides could set the date for the talks," Baik Tae-hyun, the ministry spokesman, told a press briefing.

Seoul plans to form a task force consisting of government agencies next week to prepare for the North's participation in the Winter Olympics. 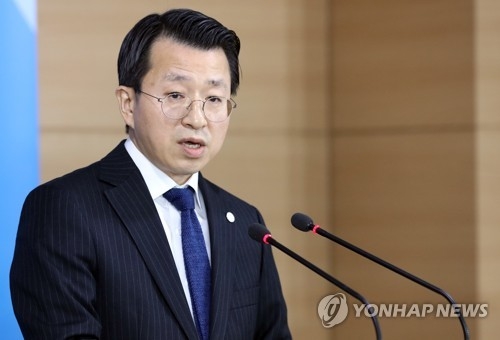 Meanwhile, Baik said that it is too early to judge that providing support to the North's delegation could violate international sanctions since details have not been finalized.

Critics said that Seoul's possible financial support for the delegation's accommodations could be in violation of the U.N. Security Council's sanctions aimed at curbing inflows of hard currency to the North.

"The government plans to closely cooperate with the U.N. sanctions committee and the U.S. to prevent the North's visit to the South from sparking a row when it reviews necessary measures to support (the North's participation)," Baik said.

Seoul's foreign ministry said Tuesday that the government may consider temporarily easing sanctions against the North, if needed, to enable North Korean officials to visit the South.

In 2014, South Korea provided 413 million won (US$385,837) in support for North Korea's participation in the Asian Games in Incheon, west of Seoul.

In 2003, the government spent 900 million won on supporting the North's athletes and cheering teams for the Summer Universiade held in the southern city of Daegu. Seoul offered 1.36 billion won to North Korea's delegation at the 2002 Busan Asian Games.

S. Korea open to working-level talks with N.K. on Olympics this week

S. Korea open to working-level talks with N.K. on Olympics this week