SEOUL, Jan. 11 (Yonhap) -- Where Kim Ki-hoon and his friends go to play golf, the grass is always green and the weather is always perfect, unless the players do not want them that way. That is why the group of four prefers indoor, simulated screen golf clubs to actual courses, especially during the cold winter.

"Of course, it is not the same or as good as playing on an actual course, but the good thing about playing screen golf is that we can play at any time we want and we do not have to spend the entire day," said Kim, a 33-year-old office worker from Seoul.

"Considering the time and money we can save, some of my friends often want to play screen golf instead of going to the course, even on weekends and even when it is not raining or cold," he added. 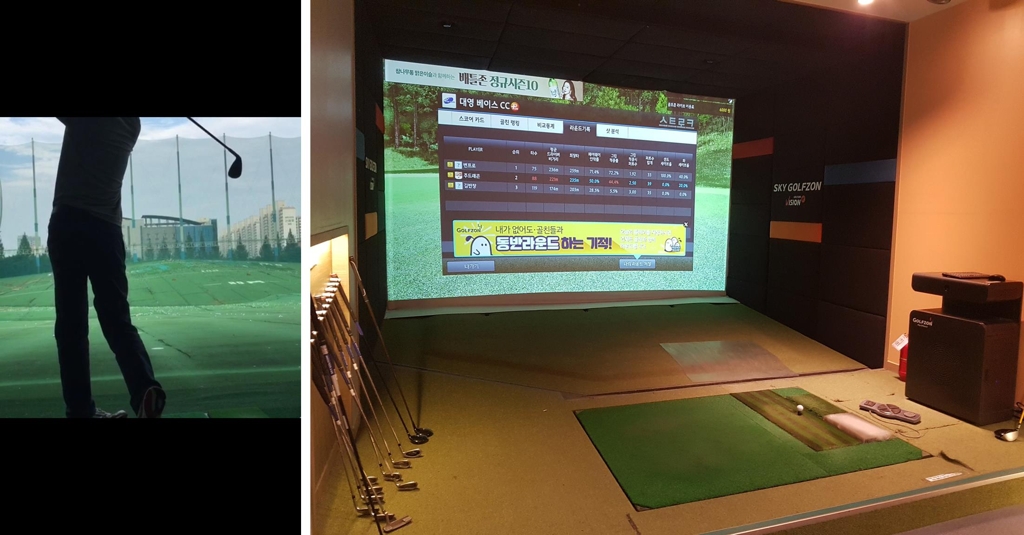 Apparently, millions of others also see the benefits of playing golf indoors, with over 2.5 million South Koreans estimated to have played screen golf last year, according to an official from a local developer of screen golf systems.

"I believe it is not just about being able to play an outdoor sport indoors," said Jun Kyung-hoon, 41.

Those who live in Seoul and its surrounding areas are not strangers to indoor venues for outdoor activities, such as Lotte World, a full-scale indoor theme park, which opened in 1989 with an outdoor attachment added the following year.

Thousands of people still visit the famed theme park daily to enjoy more than three dozen rides, even in the most inclement weather.

But now, people have come to want and expect more than just conventional rides or theme park attractions. 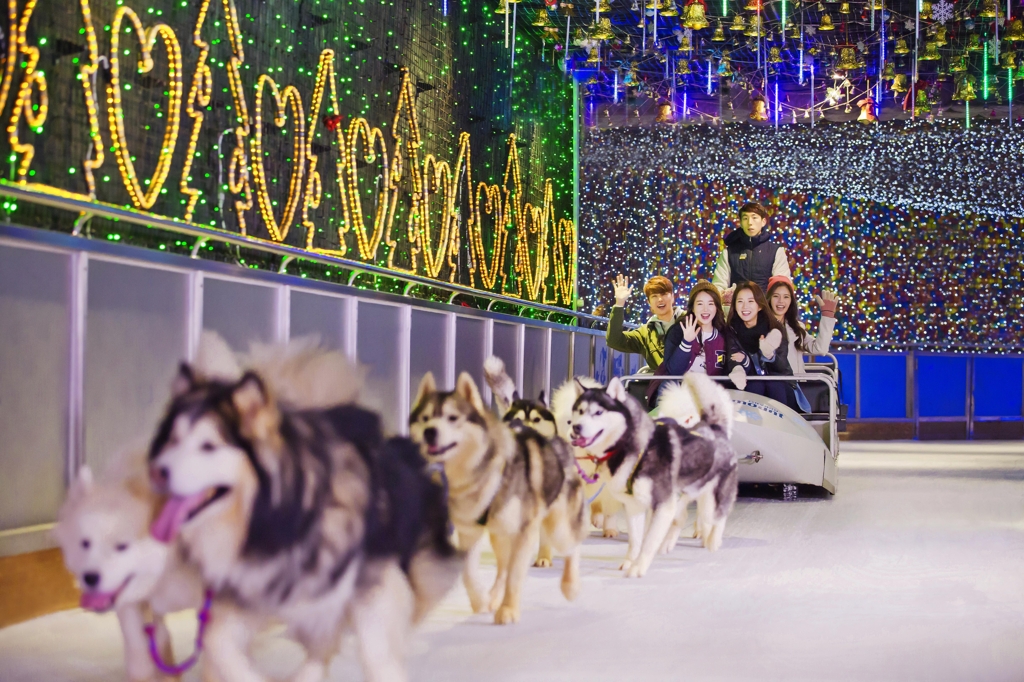 "My daughters want to play in the snow when it is hot and swim when it is freezing outside, as any other 5- and 6-year-olds would. The fact that there is a place for me to take my kids when they want to do such things is a great relief," said Choi Seok-woo, a 37-year-old father of two from Seoul.

Since the summer of 2016, Choi and his daughters have been frequenting One Mount, an indoor theme park located in Goyang, just north of Seoul.

In addition to a water park that is open all year round, One Mount has South Korea's first indoor winter theme park, which has an ice rink that also provides an indoor experience of unconventional winter activities, such as animal sledding and ice bowling.

Choi said he now visits the indoor theme park for winter activities, such as sledding and skating, even during winter.

"It is not just about being able to enjoy snow during summer. Even in winter, skating or sledding indoors is much easier and more comfortable than having to stand outside all day," he said. 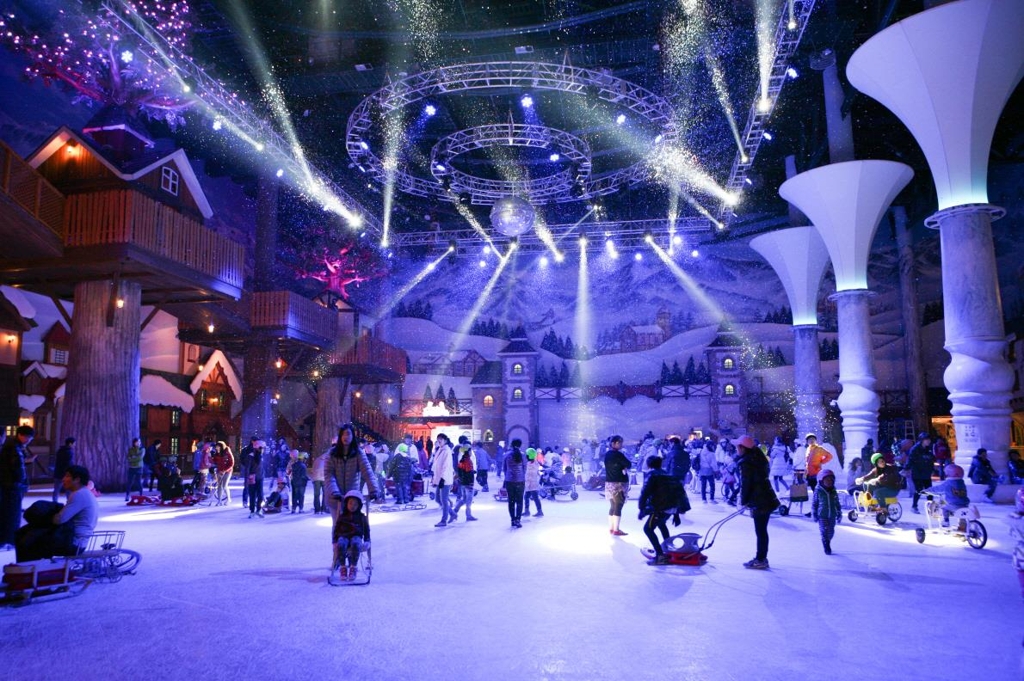 Park Ba-reun, a product manager and public relations official from One Mount, said it was the comfort and safety of being inside that attract many visitors from around the nation and the world.

"Because it is an indoor facility, it has snow and ice all year around to offer a unique experience, even in the hot summer," she said. "Also, the indoor facilities are free of the pollution found outside, such as fine dust, while they are also not vulnerable to changes in weather conditions."

Recently, the park has been attracting an increasing number of visitors from Southeast Asian nations.

"The snow park is especially attractive to visitors from southeast Asian countries where snow is very hard to find," Park said.

Park noted that among the visitors from Southeast Asian nations was Manny Pacquiao, a Filipino boxing champion and senator.

Indoor facilities are expanding to other outdoor activities, including those that many may have believed impossible just a few years earlier, such as fishing, shooting BB guns and playing baseball.

Jeong Gu-hyun, 14, said he and his father enjoy playing screen baseball because it is convenient and available at any time.

"I like screen baseball because we can play even when it is really cold outside and also because it takes only about one hour for my dad and I to play a full nine innings," he said.

For Jeong and his dad, screen baseball only involves batting, but they could choose to pitch if they wanted.

"I only get about one hour of break between my studies on weekends, so just batting is good enough for me," he said. "Besides that is all I really need to get my stress out."