The Swedish commercial automaker sold a total of 1,743 trucks, equal to 39 percent of the market, according to data compiled by the Korea Automobile Importers & Distributors Association.

MAN Truck & Bus Korea, the local unit of the German commercial vehicle maker, came in second with 962 trucks, which accounted for 21.5 percent of the market, followed by Scania Korea with 815 trucks (18.3). 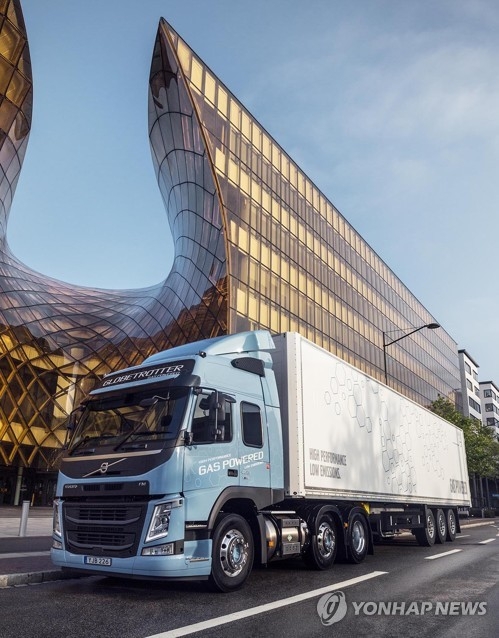 Volvo Trucks has said it will introduce two advanced safety features -- collision warning with emergency braking and lane-keeping support -- to all truck products starting in January, ahead of a Korean traffic regulation requirement.

South Korea has adopted stricter rules that require domestic and foreign commercial carmakers to add enhanced safety features to their models from 2019. The move comes after a series of major highway crashes caused by trucks and buses in recent years.