"I've been preparing to be in top form at the Olympics. I'm doing well, I think," Choi told reporters at a press call held at Jincheon National Training Center, 30 days before the Winter Games. "If there is a possibility (for four golds), it will be better for me to get as much as I can." 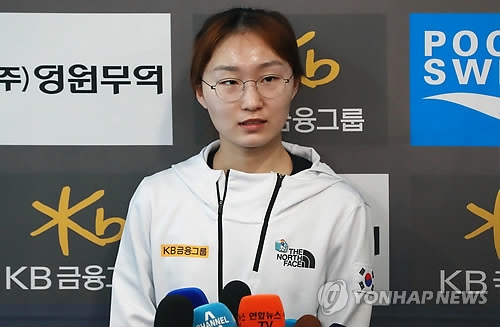 The 19-year old is one of the main candidates for multiple golds in women's short track events, where South Korea has dominated for decades.

Choi is different from skaters who have collected golds in the 1,000m, 1,500m and 3,000m relay, but failed to reach the top of the podium in the shortest event.

"I'm working out to improve my technique and other things to show my best performance at the Olympics," said Choi, saying that she is excited to compete in her first Olympic Games.

Choi will be challenged by her teammate, Shim Suk-hee. A year older than Choi, Shim won three medals at the 2014 Sochi Olympics, including gold in the 3,000m relay.

Shim will be a sentimental favorite at the Olympics as she was born in Gangneung, a sub-host city that will hold all the skating events during the Olympics.

"My major is the 1,500m event. I'm focusing on that," said Shim. "It would be good to have good results (of multiple golds), but I'm doing my best to show my everything on the Olympic stage with no regrets."

"We will skate at our home. We are familiar with the environment. I think this will give us an edge," said Kim A-rang, 23, who is the eldest among the five-member national team. "If we do our best at PyeongChang as we have prepared, the best result will come to us." 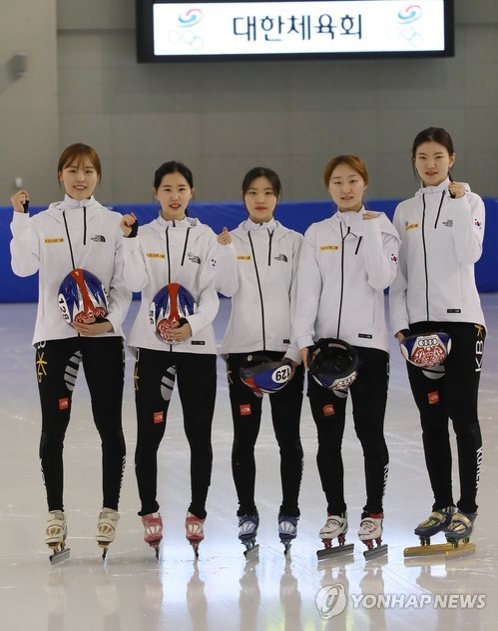