JINCHEON, South Korea, Jan. 10 (Yonhap) -- South Korean athletes are entering the home stretch for the 2018 PyeongChang Winter Olympics on their home soil, as the countdown to the quadrennial event reached 30 days on Wednesday.

National teams for short track speed skating, men's hockey, curling and freestyle aerial skiing opened their practice to the media at Jincheon National Training Center in Jincheon, 90 kilometers south of Seoul. This allowed a glimpse into some rigorous training, and the Korean Sport & Olympic Committee (KSOC) said it would be one of the final opportunities to see athletes at work, as they hope to avoid further distractions while preparing for the first Winter Games to be held in South Korea.

South Korea is aiming to win eight gold medals and rank inside the top four in the medal race. The country's best Winter Games showing came in Vancouver in 2010, when it captured six gold medals and 14 medals in total to rank fifth. 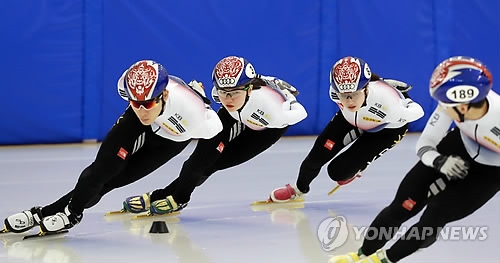 Perhaps no other athletes are under more pressure to deliver the goods than the short trackers. For South Korea, 21 of its 26 Winter Games gold medals have come from short track.

And Choi Min-jeong, one of the most dominant female short trackers in the world today, said she'll try not to get caught up in final results.

"I am excited and nervous at the same time as the Olympics nears," Choi said. "If I can just focus on the process, I think the results will follow."

The men's hockey team has gathered 36 players for the camp, and head coach Jim Paek will finalize his roster of 25 later this month.

South Korea will make its Olympic debut as the host nation, and the 21st-ranked team will face world No. 1 and two-time defending gold medalist Canada, as well as No. 6 Czech Republic and seventh-ranked Switzerland, in the preliminary round. 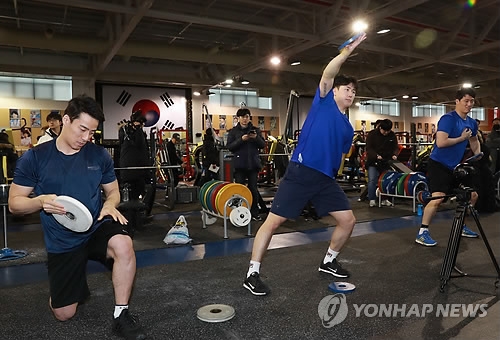 "If we didn't expect to win the gold medal, we wouldn't be here training" Paek said. "Every player is working extremely hard. That's why we're here -- to work extremely hard and shoot for our dreams."

In freestyle skiing, former artistic gymnast Kim Kyoung-eun will be the first South Korean to compete in the aerial event. Her coach, Cho Sung-dong, is a former gymnast himself, having coached the 2012 Olympic vault champion Yang Hak-seon.

Cho said South Korea is very much in the infancy stage in aerial, but it's a sport worth an investment with a long-term view.

"When I first took over the national gymnastics team in 1979, we were 49th among 53 countries in the world," Cho said. "But we've been able to produce Olympic champions like Yang Hak-seon because we put in consistent effort. The first one through the wall always gets bloody. I think if we can have the same long-term commitment to aerial, we can expect an Olympic medal down the road."