Paek, a former Stanley Cup-winning defenseman for the Pittsburgh Penguins, will lead the 21st-ranked team to the PyeongChang Winter Games against first-ranked Canada, which has won the past two Olympic gold medals, along with the sixth-ranked Czech Republic and world No. 7 Switzerland.

On paper, South Korea won't be favored in any of the matches, but that's the way Paek likes it. 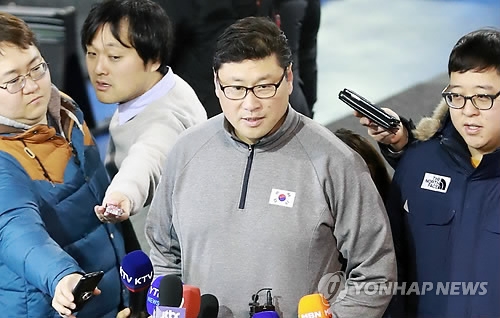 "To be called the underdog is fantastic. We can fly under the radar and surprise other teams," said Paek at Jincheon National Training Center in Jincheon, some 90 kilometers south of Seoul. Paek's team and other Winter Olympics athletes had an open house event as the countdown to PyeongChang 2018 reached 30 days.

"There's no pressure, and we can just go out and play as hard as we can," Paek added. "And hopefully we'll get great results."

Paek has set up a camp with 36 players, and he will finalize his roster of 25 players later this month. In the meantime, he and his coaching staff are trying to figure out ways to handle the three giants.

"When we play certain ways, the other teams will know, and we have to get a counterpunch," he said. "It's like a chess match. We have to figure out many different ways of playing and let other teams chase us."

In December, South Korea got a taste of what it will be like to face top-10 nations. The team played against Canada, third-ranked Sweden and world No. 4 Finland at the Channel One Cup in Moscow. South Korea even led Canada 2-1 after one period before losing 4-2. The team ended up dropping all three games while getting outshot by 156 to 42.

But Paek said not all was lost from that tournament. 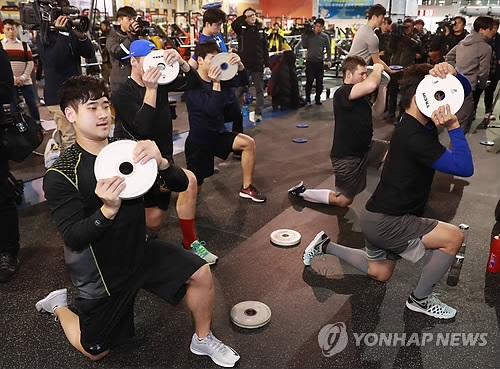 "We had a different purpose than what everyone was thinking. Our purpose was to gain game experience," he said. "We needed to see how Canada, Finland and Sweden played. Facing the top-level competition gave us a lot of confidence to know what we're going up against. I think it was a very positive result."

Paek led South Korea to the top tier of the International Ice Hockey Federation World Championship last year, but he said the Olympics will be a different animal.