The Korea Baseball Organization (KBO) club inked the American first baseman to a new one-year deal worth US$1.3 million, which includes a $400,000 signing bonus.

Scruggs filled in admirably for departed first baseman Eric Thames, who left to sign with the Milwaukee Brewers after tearing up KBO pitching for three seasons in the NC uniform.

The Dinos said Scruggs will join the team at the start of their spring training in Arizona on Feb. 1.

KBO teams are permitted to sign three foreign players each, with up to two pitchers. In addition to retaining Scruggs, the Dinos previously signed new pitcher Logan Verrett in November. They're in search of an import pitcher. 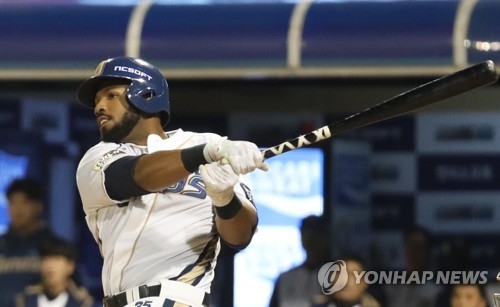