JINCHEON, South Korea, Jan. 10 (Yonhap) -- Bracing for an unprecedented spotlight at home, South Korean athletes for the lesser-known winter sport of curling on Wednesday threw stones on the ice at a national training center, aiming to win the country's first Winter Olympics medal.

Among the experts supporting the national team at Jincheon National Training Center in Jincheon, 90 kilometers south of Seoul, was Ryan Fry, a Canadian gold medalist from the 2014 Sochi Winter Games, who suggested that hopes for a victory by South Korea in the upcoming games are high.

"The future is bright. The sport is growing at a fast level here," Fry told Yonhap News Agency Wedneday at the training center. 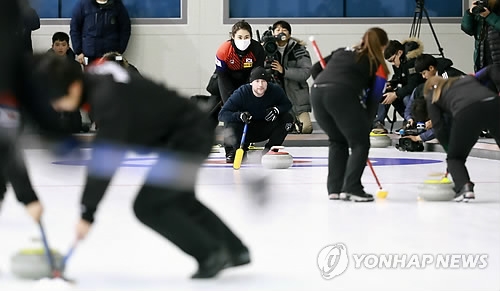 "It's been a pretty good experience for me so far, being from Canada and seeing how the Korean culture is adopting the sport," he added.

Fry came to South Korea to offer some last-minute tips ahead of the 2018 PyeongChang Winter Olympics.

While the national team earlier sought to host a competition and invite international teams to gain experience ahead of PyeongChang with spectators in the stands, the Korean Curling Federation declined the request, citing preparation issues.

Curling remains an unfamiliar game for South Koreans, and the sport has never really won much attention here. Although the Asian country has raked in various titles from ice events in Winter Olympics, the medals have been limited to short track, speed skating and figure skating.

Curling was included at the inaugural Winter Olympics in 1924 and only returned as a medal sport at Nagano, Japan, in 1998. This year, three gold medals are at stake in the men's, women's and mixed teams, with Gangneung, a sub-host city close to PyeongChang, hosting all matches.

"If Korea is able to have successful results in the Olympics, there's no saying in how high it can go," Fry said.

Despite the concerns that South Korean curlers will not make it to the finals due to lack of experience and quality training facilities, Fry said he nevertheless has high hopes for the national team.

"I think anything is possible," Fry said. "If they play well, they can definitely perform in a high level to win an Olympic gold."

South Korean curlers have been facing trouble in terms of lack of training facilities and funds. The management crisis of the Korea Curling Federation, which has been under surveillance by the management of the Korean Sport & Olympic Committee since August, also emerged as yet another hurdle for the local athletes.

Despite such conditions, Fry said the South Korean team has been showing "astonishing" development.

"I think the biggest part is getting enough athletes that want to play in the sport of curling. That's what helps grow it," Fry said. "What the Korean teams have been able to do, as far as getting themselves ready to compete, is astonishing."

"They went from not really being anywhere, to something that would have a chance to be competitive, even in a national stage of Canada," Fry added. 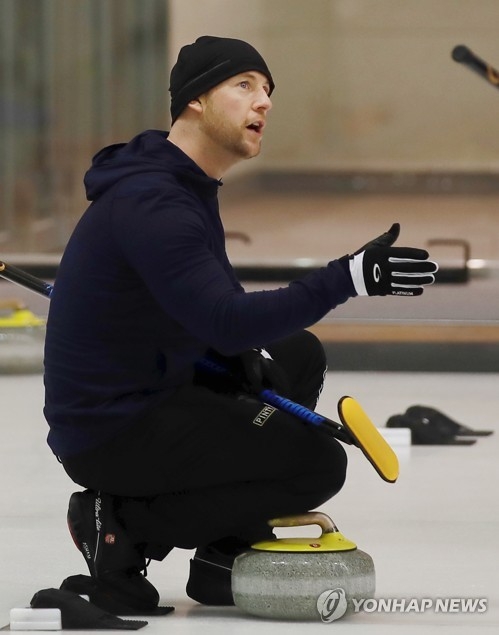