The ISU welcomed talks between Seoul and Pyongyang earlier this week that resulted in North Korea's offer to participate in the Feb. 9-25 PyeongChang Winter Games. The size of the North's athletic delegation will be determined later by the IOC, which will host a meeting with officials from both Koreas on Jan. 20 to discuss the matter. 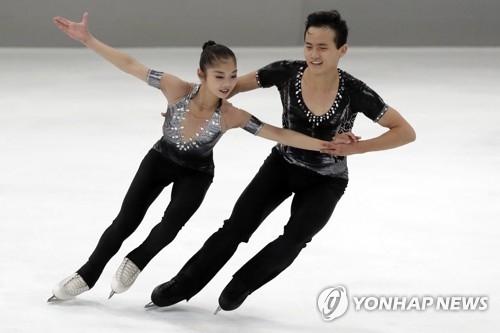 In September, the North Korean pairs figure skating team of Ryom Tae-ok and Kim Ju-sik qualified for PyeongChang 2018, but their national Olympic committee missed an Oct. 30 deadline to confirm their participation. The available spot has been since given to Japan, the next in line for qualification.

The ISU said the door is still open for Ryom and Kim to skate at the Olympics.

"The ISU confirms that the (North Korean) competitors in pairs had met all the necessary technical requirements to participate in the PyeongChang 2018 Olympic Winter Games," the ISU said in a statement. "In the case of a formal (North Korean) request for a late entry, the matter would have to be referred to the IOC for a final decision relating to the late entry, as well as the increase of participants in the 2018 Olympic pairs skating competition."

North Korea has grabbed only one silver and one bronze medal in its eight previous Olympic Winter Games appearances, but none from figure skating.