The total for all apartments in the country rose 9.2 percent to 2,365.6 trillion won.

Despite such actions, prices for apartments in Gangnam ward, in southern Seoul, a posh district of the capital with premium real estate, jumped 13 percent to a total market value of 139.59 trillion won, the most expensive part of the city, according to data provided by R114.com. The overall price in the entire southern section of Seoul increased 10.3 percent in 2017.

The pace of increase was biggest for the downtown area of Seoul. Apartments in Jongro ward jumped 48.5 percent to a total market value of 7.9 trillion won. 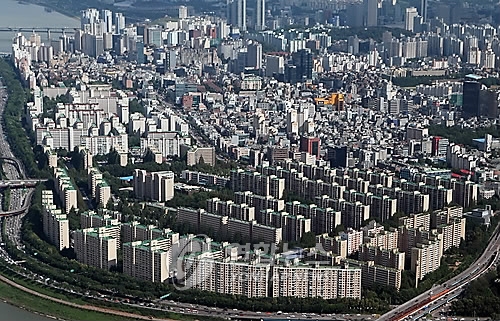 Apartment prices continue to rise despite government efforts at control

Apartment prices continue to rise despite government efforts at control