SEOUL, Jan. 11 (Yonhap) -- Prime Minister Lee Nak-yon called Thursday for rooting out fraudulent claims for government allowances and subsidies for the underprivileged as the government announced a set of measures to better clamp down on such irregularities.

"The total amount of state subsidies more than doubled over the past 10 years, but the level of people's confidence in whether subsidies are strictly implemented is not high," Lee said during a weekly government policy coordination meeting.

Lee said that last year's shocking killing of a middle school girl by the father of one of her friends showed that government subsidies are doled out carelessly without appropriate checks on whether they reach the right people.

The killing of the 14-year-old girl has shocked the nation as the 35-year-old killer had been publicly known after a TV show in the 2000s portrayed him as a poor man suffering from a rare dental disease and trying to eke out a living with a daughter who had the same incurable illness.

He earned the nickname of "molar father" after losing all but one molar while treating the disease.

However, it turned out that he had actually been living a luxurious life with government allowances and with donations received from those who took pity on him after the TV show aired.

After Thursday's meeting, the government announced a package of measures to crack down on violations.

The measures call for connecting the subsidy database to financial information and other databases to make sure that subsidies are given to the right people, establishing a standing subsidy monitoring team, punishing violators with heavier fines and encouraging the public to report violators. 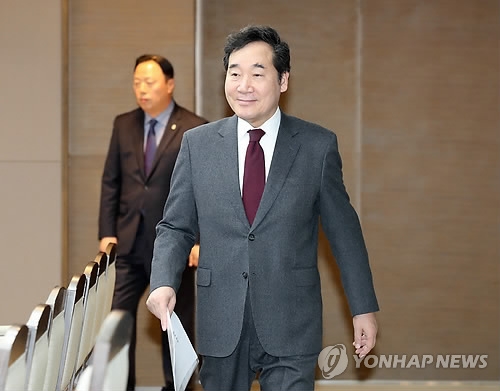 PM calls for rooting out fraudulent claims of gov't subsidies

PM calls for rooting out fraudulent claims of gov't subsidies