A total of 374,609 boxes of Golden Blue, a homegrown whisky, were sold in 2017, accounting for 27.6 percent of the local whisky market, according to the company. The alcoholic beverage is under 40 proof.

"A number of our rivals joined the low-alcohol whisky market competition with new products, but most of them are categorized as spirits, not original whisky, since they have additives in them," a company official said.

Overall whisky sales in South Korea have been on the decline, with more people opting for casual lighter drinks instead of rounds of heavy drinking at night.

Sales of low-alcohol whisky in 2017 rose 14 percent on-year to account for 34.7 percent of the total market share, while the comparable figure for whisky above 40 proof declined 20.7 percent, the company said. 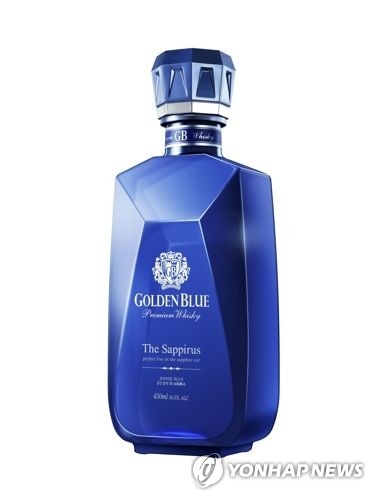