Ahn headed the public broadcaster from 2014-2017. His successor Kim was fired in November by the company's board.

They are accused of transferring 28 employees, mostly reporters and producers, to unrelated posts, apparently due to their protests against the management's interference in favor of then Park Geun-hye government.

They are suspected of pressuring editors and department chiefs to quit the labor union and threatening personnel disadvantages if they did not.

They also excluded five workers from promotion after they petitioned for colleagues who filed a lawsuit against the management.

Since the liberal Moon Jae-in government took office in May, the MBC union has ratcheted up its battle against the management and filed a formal complaint with the labor ministry seeking a probe into Kim and other former executives. 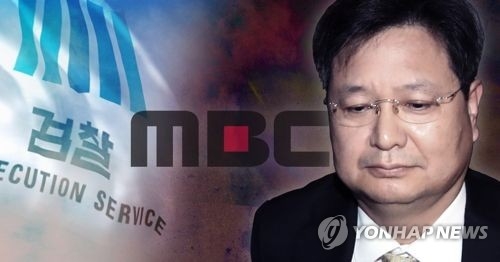