(ATTN: UPDATES with remarks from presidential official that no decision has been made final regarding the fate of cryptocurrency exchanges in paras 10-12) 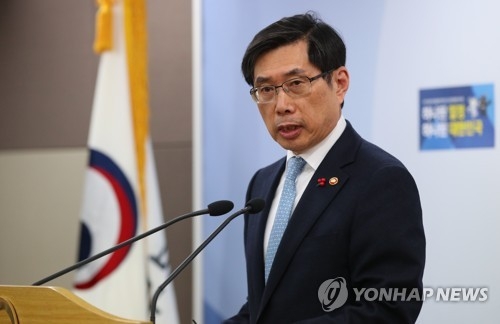 The government has held a series of ministerial-level meetings to discuss ways to calm the market and prevent negative impacts. The justice ministry suggested the most hard-lined approach of an all-out legal ban on virtual currency transactions.

"Virtual currency is not based on an exchange of something with a certain value," he said. "It'd be devastating if the bubble bursts and all the money that should've been invested vanishes as virtual currency."

Later, the presidential office Cheong Wa Dae noted that shutting down cryptocurrency exchanges altogether was one possible measure being considered by the government but added that no decision has yet been made.

"Justice Minister Park Sang-ki's remarks regarding the shutdown of cryptocurrency exchanges is one of the measures that have been prepared by the Justice Ministry, but it is not a finalized decision and will be finalized through discussion and a coordination process with each government ministry," Yoon Young-chan, chief press secretary to President Moon Jae-in, said in a statement.

The statement came after hundreds of apparent investors in virtual currency rushed to the website of Cheong Wa Dae, posting more than 1,000 petitions against a possible shutdown of cryptocurrency exchanges. 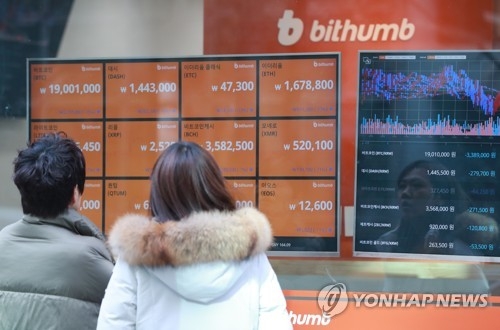