SEOUL, Jan. 11 (Yonhap) -- The commander of U.S. Forces Korea (USFK) on Thursday lauded the South Korean and U.S. naval forces in Busan, calling them a "frontrunner model" in the alliance.

Gen. Vincent K. Brooks was attending a change of command ceremony held at the Busan base, where the headquarters of U.S. Naval Forces Korea and South Korea's Fleet Command are located.

"This is the forerunner model for the future of the ROK-US Alliance, not only ready to fight together, but living together everyday, side by side," he said, bidding farewell to Rear Adm. Brad Cooper who served as commander of U.S. Naval Forces Korea (CNFK) for 16 months.

"Admiral Cooper was the first to take command here in Busan after the relocation of CNFK headquarters," said the USFK chief. "He, his staff and (South Korean) Fleet Staff have labored successfully to make this a truly combined headquarters." 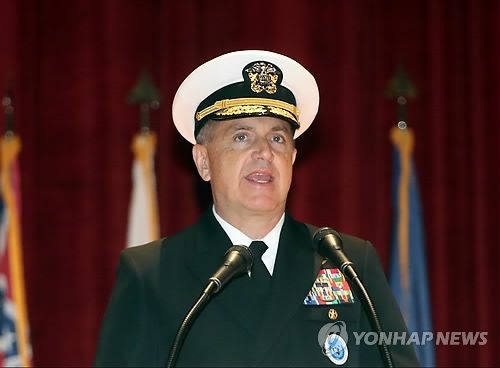 In 2016, the headquarters of U.S. Naval Forces Korea was relocated to Busan from Yongsan Garrison in central Seoul.

Speaking to more than 200 U.S. and South Korean sailors and civilian guests at the ceremony, Cooper said, "You are an amazing group. I have never served with a team so intensely dedicated, loyal and productive."

He added, "Our alliance has always been strong, but because of you, I can definitely say that we are stronger than we have ever been." 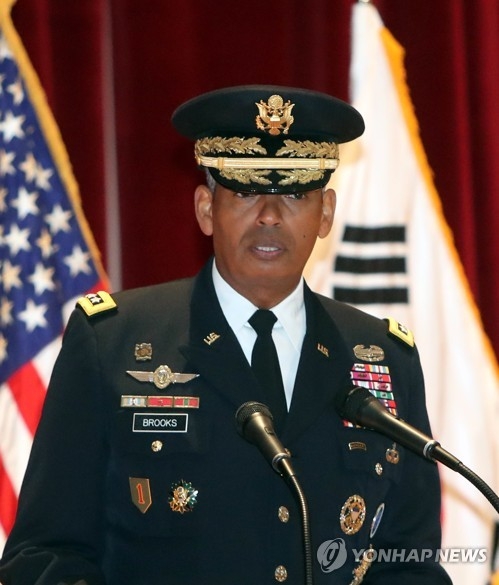 He then handed over command to Rear Adm. Michael E. Boyle.

"I look forward to continuing the momentum that CNFK has established," said the new commander. "I intend to build on existing initiatives by seeking out and removing barriers that prevent our navies from becoming even closer."

Boyle served as director for international engagement at the Office of the Chief of Naval Operations.