The 2017 K League Classic champions said both Lee Seung-ki and Han Kyo-won agreed to three-year deals that will keep them in Jeonbuk's uniform until 2020.

Han, 27, joined Jeonbuk from Incheon United in 2014. He played an integral role in Jeonbuk's run to the Asian Football Confederation (AFC) Champions League title in 2016, scoring a goal in the second leg of the final against Al-Ain as Jeonbuk won their second continental club honors. 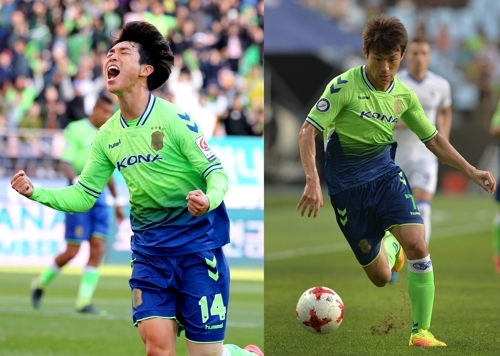