SEOUL, Jan. 11 (Yonhap) -- Labor and management at Paris Baguette, South Korea's largest bakery franchise, on Thursday reached an agreement to set up an affiliate to hire bakers, ending a months-long dispute over employment.

In September, the government said SPC Group, the franchise's operator, violated the country's labor laws in connection with the hiring conditions of more than 5,300 bakers and cafe workers at its franchise stores.

The bakery chain has been accused of giving direct work orders, such as recipe training, to outsourced workers who have job contracts with hiring-related subcontractors, a practice the ministry deems illegal.

Paris Baguette said that under the agreement with the labor union, it will establish a subsidiary that will be at least 51-percent owned by the franchise's headquarters.

The bakery chain was originally pushing to hire the workers through a joint venture that it recently established with its franchisees and subcontractors.

The labor union has been opposed to such a move saying they refuse to accept a plan that includes the subcontractors, who were at the center of the issue, as part of the joint venture. Following the latest deal, the subcontractors will be excluded from holding shares or joining the board of the affiliate. 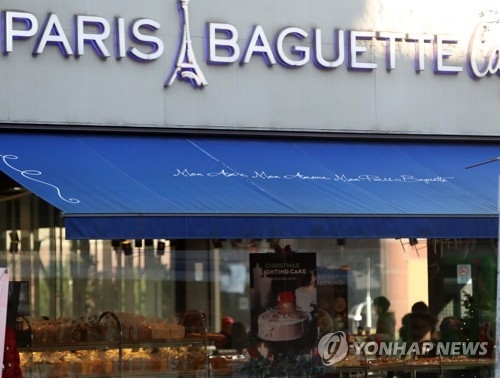