The Ministry of Trade, Industry and Energy submitted a comprehensive industry development plan to the parliamentary committee to share strategies on advanced technology sectors, including memory chips, next-generation displays and self-driving cars.

The ministry set a goal of increasing South Korea's market share in the system semiconductor sector to 6 percent by 2022 to meet the growing need for big data and Internet-of-Things.

South Korean companies, such as Samsung Electronics Co. and SK hynix Inc., have the upper hand in the world's memory chip business, but lag behind in the non-memory-based system semiconductor market, where Intel Corp. holds the lead. 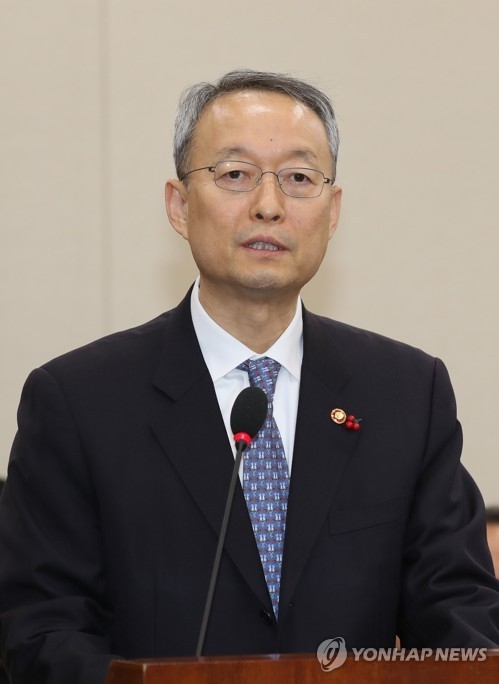 The government also vowed to support infrastructure for the production of organic light-emitting diodes (OLED) to double global market share to 50 percent by 2022.

In the auto sector, the government said it plans to put self-driving cars on the highway by 2020 and increase the number of electric vehicles to 350,000 by 2022.

To help reach the goal, the government and the private sector will create a fund worth 300 billion won (US$275 million) to develop technologies for autonomous cars and the Internet of Things.

The fourth revolution is characterized by many technologies in such areas as the digital, biological and artificial intelligence fields, which can all be merged together to create a new economic and social system.

S. Korea to expand support for next technology trends

S. Korea to expand support for next technology trends