SEOUL, Jan. 11 (Yonhap) -- North Korean diplomats are extremely serious about the possibility of war between North Korea and the United States, noting that the U.S. has already prepared for it for months, a Russian expert said Wednesday.

In a story posted on the North Korea analysis website 38 North, Alexander Vorontsov, the head of the Institute of Oriental Studies of the Russia Academy of Sciences, conveyed the unstable North Korean atmosphere based on a trip to Pyongyang in mid-November that lasted several days and his conversations with foreign ministry officials there.

"Only one question remains: when will war break out?," the officials were cited as telling Vorontsov. They apparently added that North Korean soldiers have long been sleeping without removing their boots.

The expert said the diplomats noted that new elements appearing in South Korea-U.S. joint drills over the past few months have elicited growing concern that "zero hour" is not too far away, referring particularly to the air exercise Vigilant Ace, which involved 230 aircraft, including a large number of varied types of stealth aircraft.

The North Koreans also expressed their surprise over the popular opinion in South Korea that U.S. President Donald Trump would never start a war in Korea and that the tension, crisis-like atmosphere and belligerent rhetoric are all posturing, according to Vorontsov.

"These officials were truly baffled that a majority of the South Korean population does not seem to have grasped the reality that the Trump administration, despite the risks, is inching ever closer to a preventive strike on North Korea," he said.

He added that the North Koreans reaffirmed their country's commitment to achieving nuclear parity with the U.S., insisting it does so to preserve their country's survival. 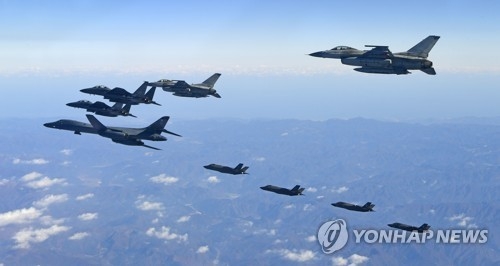