SEOUL, Jan. 12 (Yonhap) -- Once a struggling short track speed skater, Kim Bo-reum has carved out a successful niche in speed skating's mass start -- a relatively new event with a twist.

The mass start will make its Winter Olympics debut at PyeongChang 2018 next month, and Kim, skating on home ice, will be among the medal contenders there.

Skaters all start simultaneously in the mass start, and the 16-lap race requires plenty of planning and strategizing, with some physical contact allowed as skaters, without being assigned to inner or outer lanes like other individual races, jostle for position. 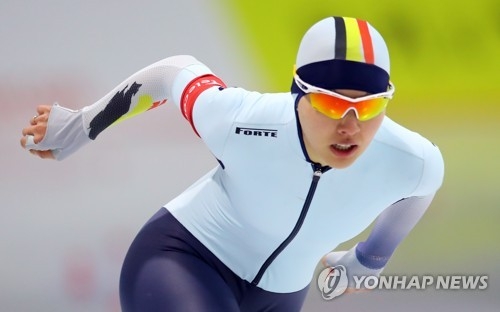 And Kim, who converted to long track in 2010 as a high school sophomore, has relied on her short track training to thrive in the mass start.

The 24-year-old counts veteran male speed skater Lee Seung-hoon as her role model. It was after watching Lee win a shocking gold in the 10,000 meters at the 2010 Vancouver Winter Olympics that Kim decided to switch to speed skating. Lee himself had converted to long track after failing to make the Olympic short track team.

At first, Kim was a long-distance specialist. She won silver in the 3,000m at the 2011 Asian Winter Games. Then at her first Winter Olympics in Sochi three years later, Kim placed 13th in the 3,000m, the best finish by a South Korean female skater in that distance. 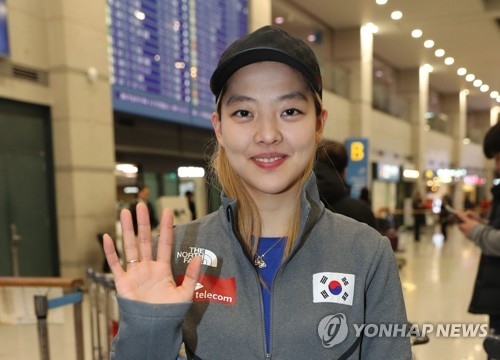 And once the mass start became a regular event on the ISU circuit, Kim reached a whole new level.

She suffered a back injury in a fall during the mass start semifinals at her first World Cup of the 2017-2018 season in November and finds herself ranked 10th overall heading into the Olympics, with a third-place finish her best result of the season.

But the famously hard-working skater, who embraces the rigors of two-a-days, said she is rounding into form.

"Right now, I am at about 60 percent, but I'll try to reach my peak in time for the Olympics," she said. "I want to be golden at the PyeongChang Olympics."