About 27 percent of those in their teens visited such sites, according to the survey of 10,000 people conducted by consulting firm Beyond The Research at the request of the Korea Communications Standards Commission (KOCSC) during the first half of last year.

About 8.3 percent of the teens surveyed got access to pornographic sites by using mobile applications.

The comparable figure for those under 10 years old or younger was 4.5 percent.

Mobile gadgets were the most popular tools to get access to the sites, with 10.3 percent doing so, while only 3.5 percent used personal computers to visit such sites.

Personal computers were the most popular among those in their 40s at 4.2 percent.

As many as 465 people visited Tumblr a total of 40,093 times with an average time spent on the site at 14 minutes per session.

"Tumblr does not prevent users from uploading obscene content so new pages are created soon after the pages containing indecent content are shut down," the KOCSC said.

Tumblr last year rejected the request by the KOCSC to regulate adult content on its platform, saying it does not have a physical presence in South Korea and is regulated by U.S. law.

Tumblr has been providing Korean-language service since 2013.

The figure marks a sharp rise from 2014, when Twitter accounted for 9,839 out of the combined 49,737 obscene content cases detected by the KOCSC. Tumblr then only accounted for 780 cases. 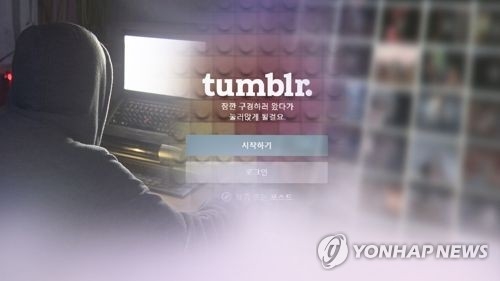 Many teens use mobile phones to access obscene sites: survey

Many teens use mobile phones to access obscene sites: survey