Actor Park Bo-gum, who has emceed the 2015 and 2016 tour, will be the host of the concert set to open at Movistar Arena in Santiago on March 23, according to KBS. Wanna One, TWICE, VIXX, B.A.P and CNBLUE will be among the headliners.

Since 2011, the Music Bank World Tour has been held almost every year in multiple cities across Asia, Europe, Latin America, the Middle East and North America, featuring leading K-pop acts.

The first 2018 event will be broadcast live on the KBS 2TV channel. 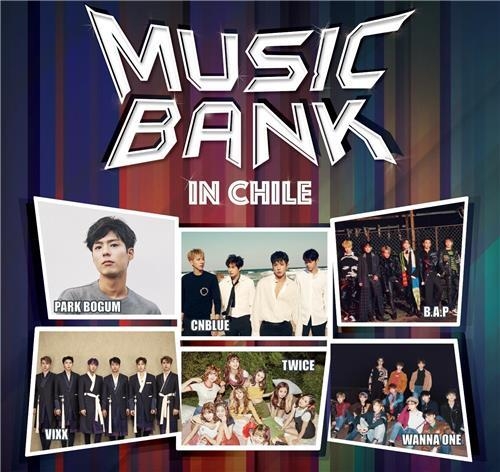