SEOUL, Jan. 12 (Yonhap) -- South Korea ordered local companies to cut their power use to maintain a stable electricity reserve rate as a continuing cold spell caused a spike in heating demand for the second day in a row, the state-run power exchange said Friday.

The Korea Power Exchange (KPX) said it issued a demand response order to companies shortly after the country's power use soared to 85 million kilowatts at around 9 a.m.

About 2,300 companies complied with the government's request and saved about 3.3 million kW in electricity use after 9 a.m., sharply up from Thursday's 1.5 million kW, the exchange said.

The order, this winter's second, came as most parts of South Korea were hit by a severe cold wave. The temperature in Seoul dipped to minus 15 degrees Celsius and a heavy snow warning was issued for the southern island of Jeju, according to the weather agency.

Electricity consumption stood at 83.6 million kW as of 3:15 p.m., with the electricity reserve rate at a stable level of 17 percent, the KPX noted.

The demand response system operates when load reductions are needed to prevent shortfalls in power supply. Adopted in 2014, 3,580 companies are members of the system. The KPX used the system five times last year. 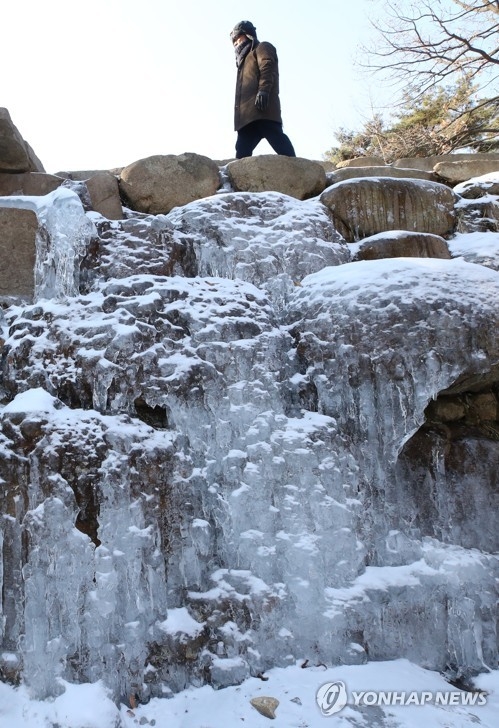