SEOUL, Jan. 12 (Yonhap) -- The number of agricultural corporations has nearly quadrupled over the past decade, government data showed Friday, as South Korean farmers have been struggling to cope with an influx of agricultural products from overseas.

The ministry attributed the rise to joint efforts by the government and farmers to tackle the opening of South Korea's rice and other agricultural markets to foreign countries, after the 1994 Uruguay Round multilateral trade talks.

About 61.2 percent of agricultural corporations have fewer than four employees.

The total number of employees at agricultural corporations was 122,000 in 2016, up 5.7 percent from a year earlier.

Average sales per corporation stood at 1.4 billion won in 2016, up 1.2 percent from the previous year.

The average assets held by each corporation jumped 7.7 percent to 1.4 billion won in 2016 from a year ago, while average liabilities climbed 5.6 percent on-year to 877 million won. 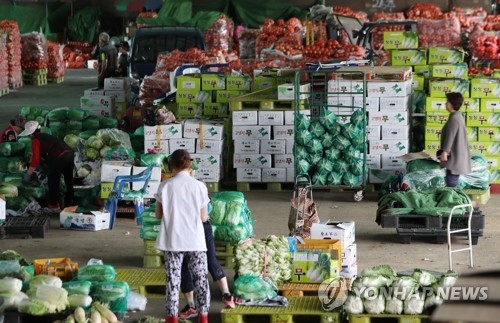