PARIS, Jan. 12 (Yonhap) -- South Korea, along with Thailand, has been elected co-chair of the Steering Group of the OECD-run Southeast Asia Regional Programme (SEARP), the South Korean Representative to the Paris-based club of rich nations said.

Launched in 2014, SEARP aims to support Southeast Asian nations in their domestic priorities, policy reforms and regional integration efforts in such fields as tax, investment, innovation and gender.

"I'll endeavor to strengthen cooperation between the OECD and ASEAN member nations, as well as to support their reform and integration," Yoon Jong-won, head of the South Korean mission, said after he was elected co-chair on Thursday (Paris time). ASEAN is short for the Association of Southeast Asian Nations.

Thailand's ambassador to France will serve as co-chair. 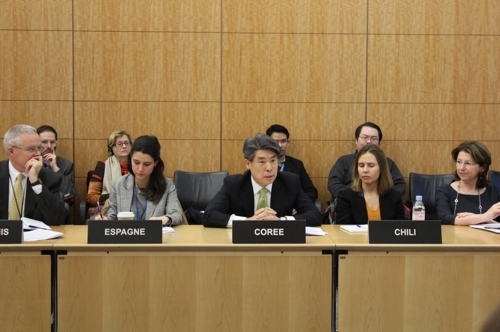