SEOUL, Jan. 12 (Yonhap) -- Ahead of South Korea's pre-World Cup camp this month, head coach Shin Tae-yong has his hands tied by a decreasing pool of available players at his disposal.

Shin is scheduled to announce his camp roster of about 23 players on Monday. South Korea will be based in Antalya, Turkey, for about two weeks starting on Jan. 22, and will face Moldova (Jan. 27), Jamaica (Jan. 30) and Latvia (Feb. 3) in tune-up matches. 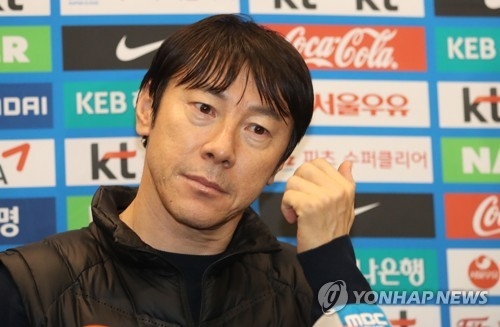 Shin will instead select players based in South Korea, Japan or China, among other leagues. This camp will be one of the final opportunities for home-based players to make their World Cup case. The full national team typically includes more than a dozen players from Europe and other leagues outside South Korea, leaving K League players fighting for a handful of roster spots.

But Shin won't get to test a few of those players for a variety of reasons.

South Korea won the East Asian Football Federation (EAFF) E-1 Football Championship in December without the services of players in Europe, and ideally, Shin would take most of those 24 players to the Turkey camp.

In reality, three players will go through four-week military training this month before the start of their mandatory service. Defender Kim Min-woo will play for Sangju Sangmu, a K League club made up of conscripted players, and midfielders Lee Myung-joo and Ju Se-jong have both left FC Seoul for the national police team, Asan Mugunghwa FC.

Two players have some important club commitments later this month. Yeom Ki-hun of Suwon Samsung Bluewings and Kwon Kyung-won of Tianjin Quanjian will see both of their teams in the playoff round for the Asian Football Confederation (AFC) Champions League on Jan. 30. 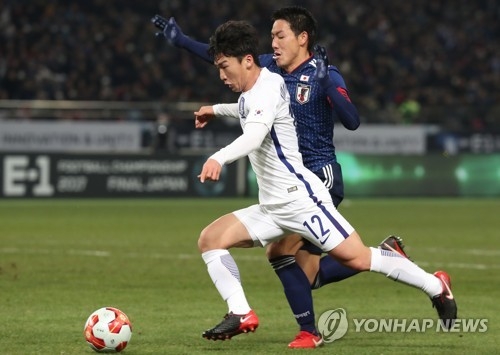 A national team official said Shin will not call up anyone with club obligations during the camp period.

Another player from the E-1 Football Championship winning squad, midfielder Jung Woo-young, is also a question mark for the camp. He has recently switched clubs, from Chongqing Lifan in China to his former Japanese outfit Vissel Kobe, and the club may not release Jung to the national team and instead give him time to adjust back to J. League before the season starts.

Busan IPark forward Lee Jeong-hyeop has declared his intent to test international waters this winter and didn't join his South Korean club for offseason training camp. He, too, is doubtful for Shin's camp.

In all, Shin could make up to half a dozen changes to the roster he had at the E-1 Football Championship.