The International Skating Union (ISU) finalized the list of 10 qualified nations on Friday. For the team event, countries must be inside the top 10 in the ISU's qualification points and also must have qualified in three of the other four individual events -- pairs, ice dance, men's singles and women's singles.

South Korea ranked 11th in points with 1,397 points, but Spain, which was ninth with 1,858 points, was ruled ineligible for the team event because it didn't have any qualified skaters in the women's singles and pairs. 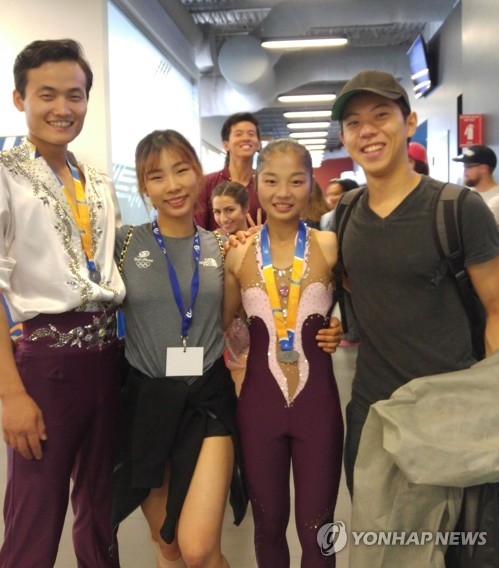 South Korea has qualified skaters in ice dance, men's singles and women's singles. In the pairs, Kim Kyu-eun and Kam Kang-chan didn't qualify but will still be able to compete as a team from the host nation.

Kim and Kam would also represent South Korea in the team event, but may have to cede their spot to the North Korean pair of Ryom Tae-ok and Kim Ju-sik should the Koreas agree to field a unified team in figure skating.

North Korea has offered to send athletes to PyeongChang, and the two sides are working on details of the North's participation, including a possible joint march at the opening ceremony.

In the team event, countries compete in the pairs, ice dance and the men's and women's singles over three days.