INCHEON, Jan. 12 (Yonhap) -- The new terminal at Incheon International Airport, set to open next week, will serve as the main gateway to South Korea for athletes and tourists from around the world who will join the upcoming PyeongChang Winter Olympics and Paralympics, airport authorities said Friday.

Dedicated in December after nine years of construction work and 4.93 trillion won (US$4.6 billion) in investment, the airport's second terminal is scheduled to open Thursday and will handle 18 million passengers annually. By 2023, it will be expanded to handle 46 million passengers per year.

The Incheon International Airport Corp. has so far endeavored to make the new terminal Olympic-friendly by signing a business accord with the PyeongChang Olympic organizing committee.

They have set up an exclusive immigration checkpoint for Olympic delegations near baggage claim and counters for Olympic officials to obtain ID cards upon arrival at the terminal.

Counters where foreign athletes can check in for departure after the games finish have also been provisionally established at athletes' villages in PyeongChang and Gangneung and at a media center in Gangneung.

"We'll make every effort to support the Olympics so that we can promote Incheon airport around the world," an airport official said.

The Winter Olympics and Paralympics will be held from Feb. 9-25 and March 9-18, respectively, in the alpine town of PyeongChang. 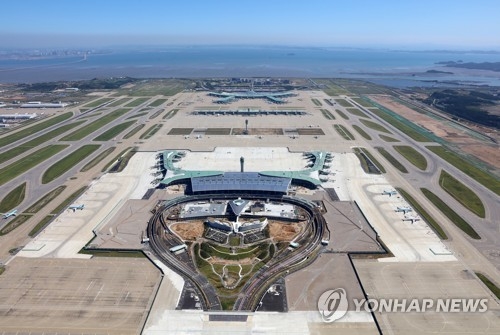