SEOUL, Jan. 12 (Yonhap) -- Local IT firms and academics raised concerns on Friday that the government crackdown on cryptocurrency trading may adversely affect the blockchain sector, the core technology of such transactions.

The justice ministry on Thursday moved in on the virtual currency market that has become overly speculative, with regulators currently unable to keep pace with developments in areas such as security against hacking, money laundering and other potential abuses. The ministry said it will legislate bans on digital currencies and could ultimately shut down domestic exchanges.

Firms engaged in blockchain-related businesses drew the line on possible effects from the government action, saying that virtual currencies like bitcoin are only one of the many services of blockchain, an open, distributed ledger system that is safe to use.

"We do not expect any serious repercussions on the projects that we are currently working on," an official at the ICT firm SK Holdings C&C said.

Another official at LG CNS, which is planning to launch financial services based on a blockchain platform, also downplayed the negative aspects of the technology. "We are actually hoping that companies that are developing and applying innovative blockchain-based service models will be spotlighted more," he said.

But others say spinoff businesses may become inadvertent targets.

"We had expected a value-added services market from increased trade of cryptocurrencies," an official from a local IT company said in response. "Now, that has become difficult due to government restrictions."

Shin Min-soo, a professor at Hanyang University, said the restrictions will discourage small and medium-sized businesses from using blockchain to develop new products and services. "The scope and frame of the restrictions need to be made clearer," he said.

Before digital currencies became subjects of rampant speculation, the government supported blockchain as a key technology of the fourth industrial revolution. IT companies have been making investments and enlarging related businesses from last year.

Advisory firm Gartner estimated the blockchain market to reach US$10 billion by 2022.

Industry watchers say because of such prospects, the government will not be changing course on blockchain while taking steps to rein in cryptocurrencies. Finance Minister Kim Dong-yeon, while speaking about Thursday's move against virtual money, stressed a "balanced view" of the situation because blockchain is broadly linked with a number of industries, including information security and logistics.

The security industry is actually anticipating a boon as demand grows for information protection.

"If information security guidelines are raised to the same level as those of the financial community, then the field for new kinds of business will get bigger," an industry official said. 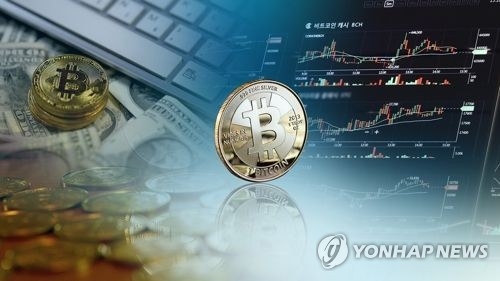 IT industry watches for fallout on blockchain due to cryptocurrency bans

IT industry watches for fallout on blockchain due to cryptocurrency bans