Lee got in her final tune-up before the title defense at the National Winter Sports Festival in Seoul, handily winning the race in 38.21 seconds.

"I expected to come in around 38.55, and this was a satisfying result," Lee said at the Taereung International Skating Rink. "I was worried maybe I'd do worse today than the Olympic trials (when my time was 38.52 seconds)." 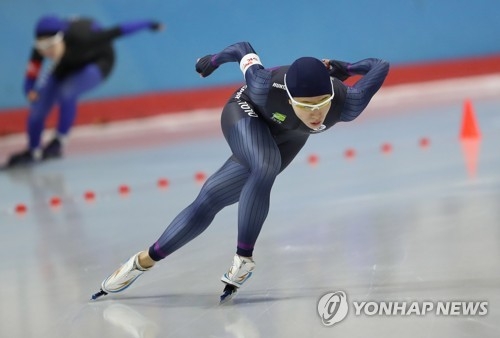 Lee is the two-time reigning Olympic champion in the 500m and the current world record holder at 36.36 seconds. At 28, Lee is entering her fourth and possibly her final Olympics.

She was still in high school when she finished fifth in the 500m at the 2006 Torino Olympics. Lee then shot to fame with her first gold in Vancouver four years later and repeated as the Olympic champion in Sochi in 2014.

"In Torino, I didn't know what I was doing, and in Vancouver, my goal was to finish in the top three," Lee recalled. "For the Sochi Olympics, I set out to win the gold medal, and I took a much different approach to my preparations."

Lee said she becomes "emotional" when she merely hears the words "PyeongChang Olympics," and she has a different mindset now than she did at the three previous Olympics.

"The goal is still to win the gold medal," Lee said. "But if I push myself too much, I may make mistakes. Regardless of the color of the medal, I want to have a race where I won't have any regrets."

Lee set the world record in the lead-up to Sochi 2014, and she said that just placed extra pressure on her to deliver the gold. This time, Lee finds herself in the role of chaser as Nao Kodaira of Japan has reigned supreme in the women's 500m over the past two seasons. 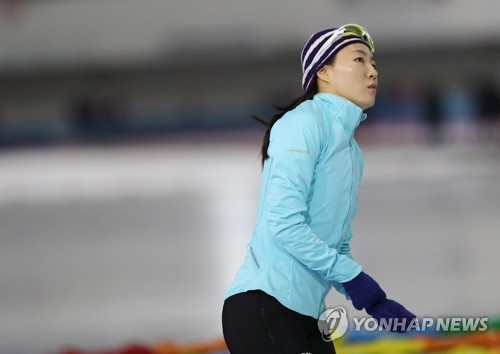 Kodaira won all eight of her races during the 2016-2017 International Skating Union (ISU) World Cup Speed Skating season and captured both the world single distance and world sprint championships in the 500m. During the 2017-2018 season, Kodaira has won all seven World Cup races and left Lee to settle for five silver and one bronze.

Lee has stopped referring to Kodaira by name and only uses pronouns like "she" or "her," sometimes calling her Japanese rival "that athlete."

"It's more comfortable to be where I am now," Lee said. "This season, I've skated against her seven times and she finished ahead of me each time. But if I can make some improvements, I think I can still come out on top."