He spent his entire 15-year KBO career with the Samsung Lions, and spent eight seasons in Japan from 2004 to 2011. 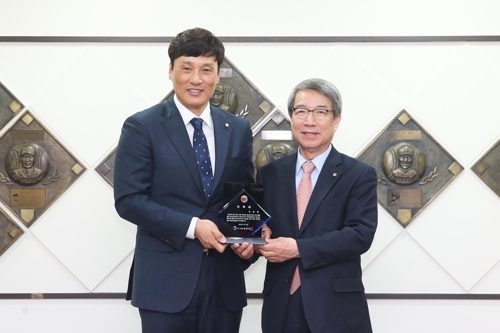 Lee was a feared slugger on the field and a revered figure off the field for his humility.

KBO Commissioner Chung Un-chan thanked Lee for accepting the role and said, "We expect him to continue to contribute to the KBO's development in his retirement."

Lee said he was contemplating different options for his post-playing career, and that he was "honored" to have received the call from the KBO.

"Regardless of what I am asked to do, I'll do the best I can as long as it helps baseball and the KBO," Lee added.