"Ruby," developed by Swiss chocolate producer Barry Callebaut, is the first new type of natural color for the foodstuff since Nestle unveiled white chocolate 80 years ago. Barry Callebaut said no berries, berry flavors or colors were added to make the pinkish color of the ruby chocolate.

"Today is a historic day for Nestle and all the chocolate industry," Nestle Korea CEO Erwan Vilfeu said during a press conference in Seoul. "Given the degree of sophistication of Korean consumers, we are delighted to announce that Nestle has decided to launch, for the first time in the world, KitKat Ruby in South Korea and Japan."

The Sublime Ruby product will be exclusively available at KitKat's online and offline stores in South Korea and Japan from Friday. 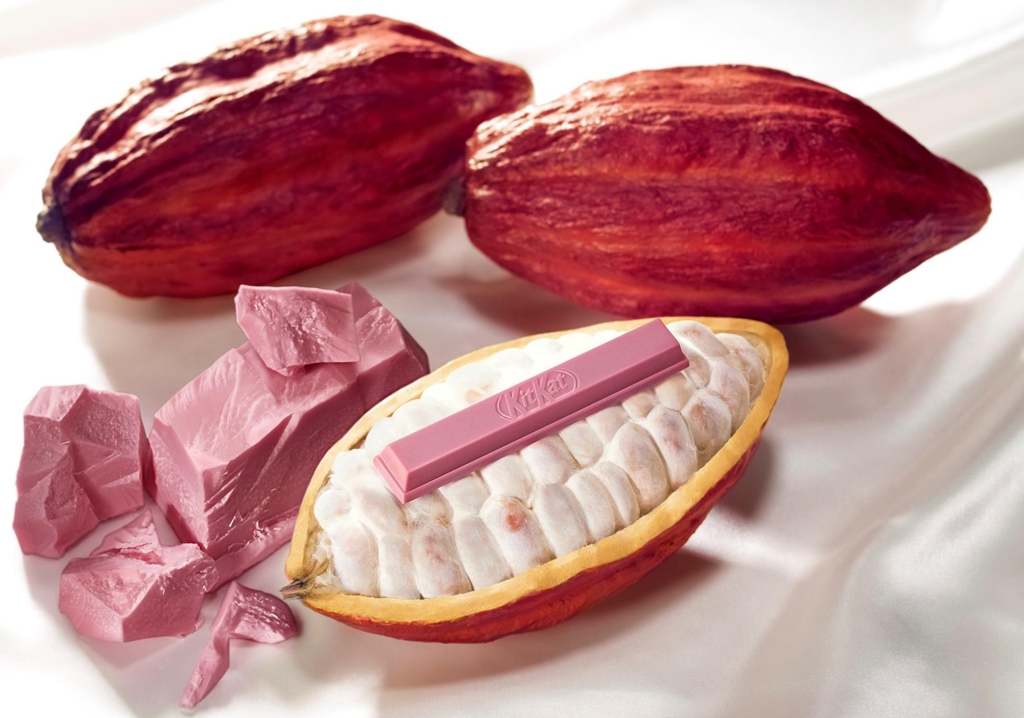 Nestle unveils KitKat made of new type of 'Ruby' chocolate in S. Korea

Nestle unveils KitKat made of new type of 'Ruby' chocolate in S. Korea