Samsung Electronics' board of directors approved the stock split earlier in the day, an unprecedented step by the South Korean tech giant, which in the past had brushed off such calls.

The board said the stock split "will make investing in Samsung Electronics more accessible and make it possible for the company to share its growth with a wider range of investors from 2018."

"The split is also expected to add both liquidity and marketability to the company's stock, which may contribute to further enhancing corporate value in the long term," the board said.

The decision -- if endorsed during the company's annual shareholders' meeting on March 23 -- would lower the face value of Samsung Electronics' stocks from 5,000 won (US$4.7) to 100 won. The move would dramatically increase the number of common stocks to more than 6.41 billion from the current 128.3 million.

The growth of Samsung Electronics on the global arena in recent years has made its shares the most valuable on the Korea Composite Stock Price Index (KOSPI), the country's main bourse. As a result, they have become out of reach for most ordinary retail investors.

"For the most part, the rise in Samsung shares only benefited big investors and left out most small-time stock investors," an observer said.

Shares of Samsung Electronics rose 0.20 percent to end the day at 2,495,000 won. In contrast, the broader KOSPI lost 1.42 percent as foreign investors continued to sell more local shares than they bought.

Local market analysts, who for the most part had called for such a step for some time, naturally hailed the sudden stock split decision. They added that, while per share prices will be affected, there will be no change in the company fundamentals that are the main factor in estimating stock prices.

"The stock split will likely have positive impact on Samsung Electronics' share prices going forward as it will increase the number of investors and actually add to liquidity," Do Hyun-woo, an analyst at NH Investment & Securities Co., said, noting the split would lower Samsung Electronics' stock prices to a very affordable 50,000 won.

Do also said the stock split clearly demonstrates the company's commitment to boosting its stock price and value for its loyal shareholders.

The maker of the premium Galaxy S8 smartphone and Note 8 phablets spent about 9.2 trillion won last year to repurchase and cancel 3.3 million common shares and 826,000 preferred shares as part of efforts to boost its overall corporate value.

Kim Dong-won, a tech analyst at KB Securities, also gave a positive assessment about the stock split, noting that ensuring a wider range of investors can get dividends will be good for the overall national economy.

Samsung Electronics' board of directors decided to allocate 5.8 trillion won -- all of the 50 percent of free cash flow in 2017 -- to annual dividend, compared with 4 trillion won in 2016. 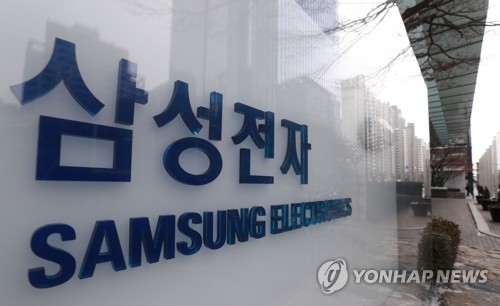